This week I had a look-see at the wonders that are ‘wormholes’, the handy-dandy space tunnels that let people and objects travel through space faster than the speed of light. Or so it seems.
Wormholes allow superluminal (faster-than-light) travel by making sure the speed of light is not exceeded locally. While travelling through a wormhole subluminal speeds are used, so if two points are connected by a wormhole the time taken to travel through it would be less than it would take a beam of light to make the journey if it took a path through the space outside the wormhole.

However, a beam of light traveling through a wormhole would always reach the destination before the traveler. As an analogy, if you ran around the base of mountain you would reach the other side after someone who walked through a tunnel that cut through the middle. But obviously if they ran through the tunnel while you walked, they would get to the other side first.
Wormholes are also known as ‘Einstein-Rosen Bridges’, here’s why:

The purpose of the paper was not to promote superluminal or inter-universal travel, but to attempt to explain fundamental particles (such as electrons) as space-tunnels threaded by electrical lines of force.

Wheeler’s research led to two classifications of wormholes: Lorentzian and Euclidean.
Lorentzian wormholes are shortcuts through space-time but close instantaneously unless held open by negative energy. Small amounts of negative energy can be produced in a lab using a principle known as the Casimir Effect, however it would not be sufficient to hold open a wormhole.
A by-product of Lorentzian wormholes is that objects passing through them would be moved temporally as well as spatially (assuming the existence of parallel universes).
There are two types of Lorentzian wormholes: Inter-universe (from one universe to another) and Intra-Universe (within the one universe).
Euclidean wormholes live in an ‘imaginary time’ and are intrinsically virtual quantum mechanical processes. Euclidean wormholes are part of quantum field theory.

Sadly, Einstein-Rosen bridges are purely theoretical, and there’s not really any way to test their existence. And unfortunately, according to the true physics of time travel we can’t hope for time-travelers from the future to come back and share the secrets of artificial time travel devices. At least, not until we’ve figured out how to build one ourselves, and by that time we won’t need any help.

There is an interesting theory floating about that states that while wormholes allowing for travel forward in time could be possible, going backwards in time would so hazardous that nature wouldn’t allow it to happen.

What is you’re favourite use of wormholes in sci-fi? 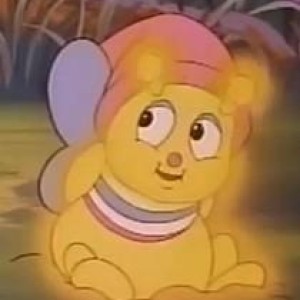