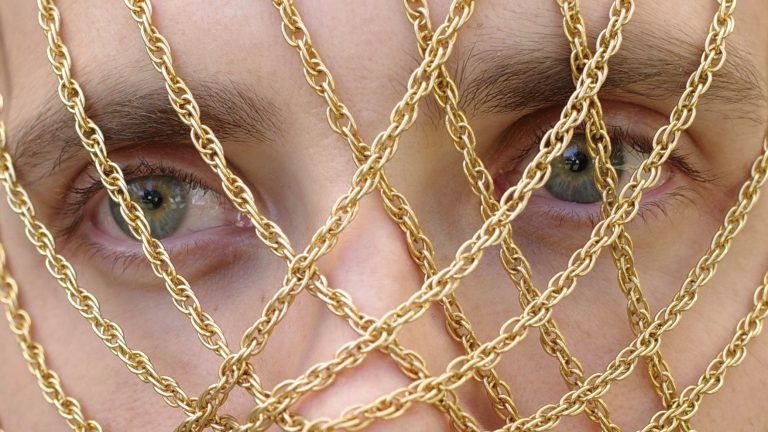 L.A. beat master Baths, AKA Will Wiesenfeld, is back in 2020 with some brand new electronic gitch-pop goodness. Released last week, ‘Mikaela Corridor’ is the first delicious taste of Baths’ upcoming collection ‘Pop Music / False B-Sides II’, a sequel to the compilation of the same name released almost a decade ago in 2011.

‘Mikaela Corridor’ can be best described as a three minute warm hug of glittery electropop. The track opens with some of Bath’s signature glitch-beats before seamlessly transitioning into a sparkling synth melody. A sketchy drumbeat delicately thumps throughout ‘Mikaela Corridor’ while every moment in between is filled with ethereal soundscapes and delightful flicks and pops of scratchy effects. Your ears will soon be filled with rippling puddles of shimmery synths when listening. And the more you listen, the more sounds you discover.

Lyrically the song opens up an imaginary microcosmic maze of corridors that you, alongside Baths, will wind, descend and dream. Sung softly, words are hypnotically repeated, making for an incredibly catchy tune to get stuck in your head.

With the new single also comes a super witty and wacky music video. Directed by Dan Streit, it features Baths (Wiesenfeld) and his friends do silly things around L.A. in search for a cool new outfit that by the end is celebrated by his neighbourhood. Give it a search on the WWW for a good laugh.

‘Mikaela Corridor’ is taken from ‘Pop Music / False B-Sides II’ set for release in Australia and New Zealand via Good Manners Records on May 29.