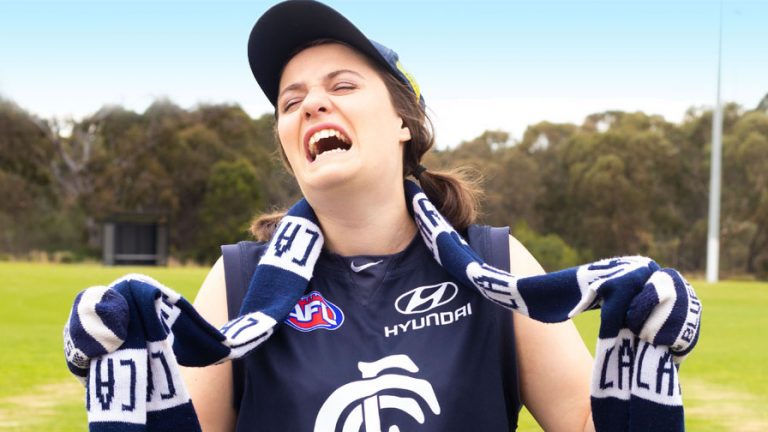 Co-writer and performer of the theatrical comedy Here Come The Blues, Fiannah De Rue, discusses her love of the Carlton Football Club, and the messages she hopes her show will convey with Nicola, Arnie and die-hard Bombers supporter Tom.

Having previously appeared on Art Smitten to promote her debut show It’s Not Funny, it was a delight to have Fiannah return to our studios, and we decided to return the favour by playing the theme song of her beloved Blues after the interview, which enthralled her immensely.

Here Come The Blues is being performed as part of the Melbourne International Comedy Festival from Tuesday, March 26th at Tasma Terrace. For more information about the show, visit comedyfestival.com.au/2019/shows/here-come-the-blues