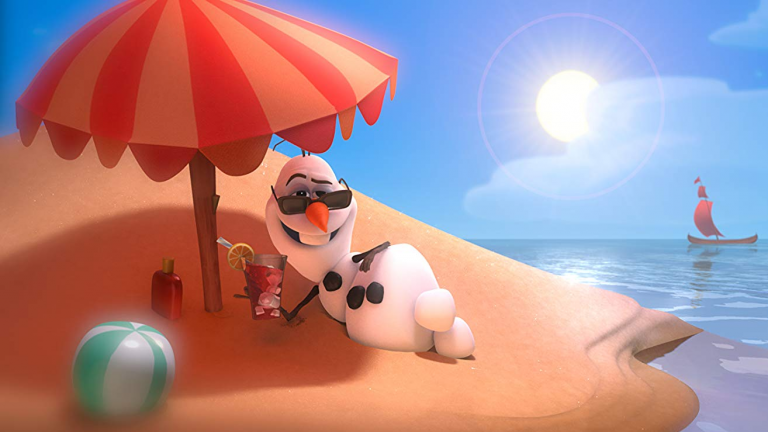 With exams over, the school holidays imminent and Art Smitten done-and-dusted for 2019, there’s no better time than now to visit your local cinema, or sit back and stream a movie at home. Our resident film guru Tom Parry is here to guide you through the summer’s biggest releases.

What’s it about? – Six years since being crowned Queen of Arendelle, Elsa (voice of Idina Menzel) is beckoned north by a mysterious voice to warn of a catastrophic event to come.

Who’s in it? – Much of the voice-cast from the previous movie, with Evan Rachel Wood, Sterling K. Brown, Alfred Molina and Jason “Dipper” Ritter also making vocal appearances.

Who’s it for? – Disney fans young and old, but especially those who loved the original 2013 film.

Worth the Watch? –  Although it doesn’t quite match the majesty of the first Frozen, this remains one of the better animated sequels to emerge in recent times. Humorous, heartfelt and musical, it’s everything we’ve come to expect from Disney.

What’s it about? – The creepy, kooky, mysterious, spooky and all-together ooky household of oddballs known as The Addams Family, based on the comics of the same name.

Who’s in it? – Oscar “Poe” Isaac, Charlize Theron, Chloe Grace Moretz, Finn Wolfhard and Snoop Dogg (among others) lend their voices to the movie.

Who’s it for? – The visuals remain true to the original comics, so it looks like Addams Family-purists and animation fans are the target demographic.

Worth the Watch? –  According to our good friends at Film 101, no. There are too many subplots and too few ideas expanded upon, making it a confusing mess of a movie.

What’s it about? – A group of dim-witted firefighters are forced to babysit three kids after rescuing them from a forest fire. Hijinks ensue.

Who’s in it? – Wrestler-turned-actor John Cena takes the lead, with support from Keegan-Michael Key, John Leguizamo and Judy Greer.

Who’s it for? – This family-friendly comedy looks to be emulating the slapstick blockbusters of the Nineties (think Home Alone, Flubber) if the trailers are to be believed.

Worth the Watch? – Critics have not been kind to this movie, labelling it unfunny and illogical. Might be best to give this one a miss.

What’s it about? – Two siblings are separated after being transported into a world made entirely of the children’s toy Playmobil.

Who’s in it? – Another animated film, this features the voices of Anya Taylor-Joy, Daniel Radcliffe, Adam Lambert and Kenan Thompson.

Who’s it for? – Fans of Playmobil, and anybody who enjoyed the Lego movies.

Worth the Watch? – The response to Playmobil: The Movie has been anything but favourable, with negative reviews and low ticket sales indicative of a poor product. Avoid.

What’s it about? – The origin of Father Christmas, as told by the postmaster of a remote Nordic community who helped conceive the idea.

Who’s it for? – Being animated, the film is ostensibly directed toward children, but the hand-drawn illustrations and Christmas theme ensure it appeals to the young-at-heart as well.

Worth the Watch? –  This has the potential of being a future Christmas classic, on-par with the likes of The Polar Express and Elf. Be sure to check it out!

Who’s it for? – People who enjoy crime movies, gangster flicks and the filmography of Scorsese.

Worth the Watch? – With the Academy Awards mere weeks away, many are considering The Irishman front-runner for Best Picture. It’s worth seeing just to know what everybody is talking about.

Star Wars: The Rise of Skywalker

What’s it about? – This is officially the ninth chapter in what LucasFilm is calling the “Skywalker Saga”, and directly follows on from the events in Episodes VII and VIII.

Who’s in it? – The majority of the cast from the previous two Episodes are making a return, while Billy Dee Williams is reprising his role of Lando Calrissian – the first time he has appeared in a Star Wars movie since 1983.

Who’s it for? – Moviegoers who love action, science-fiction and, of course, Star Wars!

Worth the Watch? – Of course it will be, it’s a Star Wars movie!

Jumanji: The Next Level

What’s it about? – Four friends who find themselves trapped in a video-game for a second time, only this time with two senior citizens.

Who’s in it? – Dwayne “The Rock” Johnson, Karen Gillan, Jack Black and Kevin Hart all return, with Danny DeVito, Danny Glover and Awkwafina all joining the cast.

Who’s it for? – Pretty much everybody, save for those who didn’t enjoy/haven’t seen the previous Jumanji.

Worth the Watch? – This author has been lucky enough to see a preview of The Next Level, and found himself amused (though not enthralled) by proceedings. There are worse ways of spending your money.

What’s it about? – A feature-length adaptation of the Andrew Lloyd Webber stage musical of the same name.

Who’s in it? – An ensemble of all-stars, including Jennifer Hudson, Judi Dench, Ian McKellen, Idris Elba, Taylor Swift, James Corden, Rebel Wilson and newcomer Francesca Howard, all of whom are covered in cat-fur.

Who’s it for? – This picture is helmed by Tom Hooper, who also handled the similarly-ambitious adaptation of Les Miserables back in 2012. Those who enjoyed that musical may find themselves liking this one too.

Worth the Watch? – Potentially. The costuming, set decoration and choreography all looks impressive in the trailer, so at least it looks good from a visual perspective.

What’s it about? – Set in the final days of Nazi-ruled Germany, this comedy follows a member of the Hitlerjugend as he communicates with his imaginary friend, Adolf Hitler (Taika Waititi).

Who’s it for? – Aside from some sensitive themes and unsavoury language, Jojo Rabbit aims to be a crowd-pleaser and succeeds in doing so.

Worth the Watch? – First screened at the Jewish International Film Festival last month, Jojo Rabbit is a funny, heart-warming tale with some great performances. It certainly deserves a look.

Portrait of a Lady on Fire

What’s it about? – A female portraitist is commissioned to paint a bride-to-be in 18th Century France, but must do so without her knowledge.

Who’s it for? – Director Céline Sciamma has previously released Tomboy and Girlhood, two films that both explore female identity and sexuality – themes that carry over into her latest feature.

Worth the Watch? – SYN contributor Kristen Iliopoulos previously reviewed this picture as part of the Melbourne International Film Festival and whole-heartedly recommended it, an endorsement this author is only too keen to repeat.

What’s it about? – An adaptation of Louisa May Alcott’s celebrated novel of womanhood, on this occasion helmed by Greta Gerwig, the universally-lauded film-maker behind 2017’s coming-of-age feature Lady Bird.

Who’s it for? – Much like the source material, Gerwig’s Little Women is suitable for people young and old, as the G rating attests.

Worth the Watch? – You bet it is! Gerwig’s adaptation is filled with colour and energy without neglecting what made the original book so special. This movie BEGS to be seen!

What’s it about? – A London-based career criminal is hoping to retire, triggering gang-warfare between the parties who wish to profiteer from his absence. From the pen of Guy Ritchie.

Who’s it for? – People who enjoyed Ritchie’s earlier works such as Snatch and Lock, Stock and Two Smoking Barrels.

Worth the Watch? – Ritchie’s return to his roots looks promising, yet he hasn’t made a great movie in some years. Might be a fizzer, might not.

What’s it about? – Elite secret agent Lance Sterling (voice of Will Smith) is turned into a pigeon. Need more be said?

Who’s in it? – Smith, Tom Holland, Rashida Jones, Ben Mendelsohn, Karen Gillan and DJ Khaled all lend their voices to the movie.

Who’s it for? – Those who appreciate spy movies, comedies and pigeons.

Worth the Watch? – It’s the most bizarre premise in years and this author is all for it!

Farmageddon: A Shaun the Sheep Movie

What’s it about? – Everybody’s favourite woolen pal and all his friends, who encounter an alien by the name of Lu-La.

Who’s in it? – Shaun (of course), Bitzer the Dog, Timmy the Lamb, Shirley the compulsive eater and The Farmer.

Who’s it for? – Another G-rated film and yet another animated movie (only stop-motion on this occasion), this appeals to cinemagoers of all ages.

Worth the Watch? – Having already opened in its native United Kingdom some weeks ago, Farmageddon has earned unanimous praise from critics and audience. It’s a winner for sure.

True History of the Kelly Gang

What’s it about? – Contrary to its title, this Australian film looks to subvert the legend that is bushranger Edward “Ned” Kelly.

Who’s it for? – Those with an interest in Australian cinema, and the folklore surrounding bushrangers.

Worth the Watch? – If the response it has been receiving on the festival circuit is anything to go by, True History of the Kelly Gang could well be enjoyable.

What’s it about? – The fallout surrounding misconduct allegations against the Chief Executive Officer of Fox News, Roger Ailes (John Lithgow).

Who’s it for? – Considered the defining film of the #MeToo era, Bombshell‘s target audience is anybody angry with the current political climate.

Worth the Watch? – Arnie from Film 101 has seen a preview and is not a fan, but other critics have compared the film favourably to The Big Short and Vice, so it could be a good one.

What’s it about? – Set during the Great War, this story follows two British soldiers in real-time as they attempt to deliver a message along the frontline.

Who’s in it? – Appearances are made by Colin Firth, Andrew “Moriarty” Scott, Mark Strong and Benedict Cumberbatch, with George MacKay and Dean-Charles Chapman playing the main protagonists.

Who’s it for? – Connoisseurs of action movies and war movies on a grand scale.

Worth the Watch? – From a technical perspective, yes. 1917 is shot in one take and many of the conflict sequences look spectacular, although critics have accused the film of being light on story.

What’s it about? – Two aging police detectives are placed with a team of younger, less experienced officers to investigate and arrest a Romanian mob boss in Miami.

Who’s in it? – The original Bad Boys pairing of Martin Lawrence and Will Smith; returning actors Theresa Randle and Joe Pantoliano; and fresh face Vanessa Hudgens.

Who’s it for? – People who loved the previous two movies, or just fans of guns, explosions and car chases in general.

Worth the Watch? – Probably not. Even without the involvement of the much-maligned Michael Bay, this looks to be another brainless action flick.

What’s it about? – A veternarian who can also talk to animals goes on a sea-faring voyage to a supposedly mythical island.

Who’s in it? – There are too many famous names and voices to list here, but a post-Avengers Robert Downey Jr. is portraying the title character.

Who’s it for? – This is a family-friendly affair that hopes to distract anybody who hasn’t (or has already) seen the films listed above.

Worth the Watch? – Almost nothing in the promotional material indicates this movie being a success. Maybe wait for the DVD release.

What’s it about? – Two lonely men stationed as lighthouse-keepers find themselves driven insane, which may or may not be due to the presence of a mermaid.

Who’s in it? – There are just two big names in The Lighthouse, those being heart-throb Robert Pattinson and Academy Award-nominee Willem Dafoe.

Who’s it for? – Cinephiles, it would seem. Most intriguing to them is the cast, premise and use of early-20th Century technology to shoot the film.

Worth the Watch? – Definitely! First released in the United States back in October, The Lighthouse has earned rave reviews and is considered a strong contender at the upcoming Oscars.