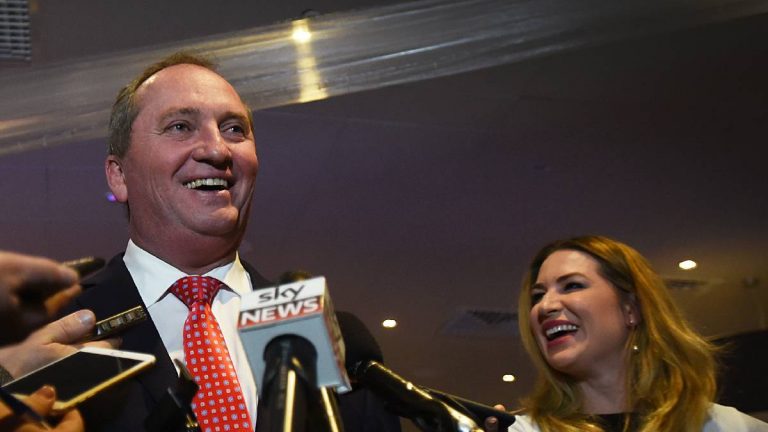 UPDATE: Channel Seven has confirmed Barnaby Joyce and Ms Campion will tell the story of their relationship and the birth of their son, Sebastian, in a tell-all interview to air this weekend on Sunday Night.

It’s believed the interview fee, reported to be $150,000, will be held in trust for Sebastian.

Former deputy prime minister Barnaby Joyce and his girlfriend Vikki Campion have reportedly signed a deal to tell their story in an exclusive interview with Seven’s Sunday Night.

The Weekend Australian claims Channel Seven has paid the pair $150,000 for the exclusive, following a fierce bidding war with Nine’s 60 Minutes.

The couple’s six-week-old baby, Sebastian, is said to also be featured in the story.

Mr Joyce is still married but separated from his first wife, Natalie. They are parents to four girls — Julia, Caroline, Odette and Bridgette.

Joyce resigned from his role as the deputy prime minister in February, following controversy surrounding his relationship with Ms Campion, who worked with Joyce as his former media advisor.