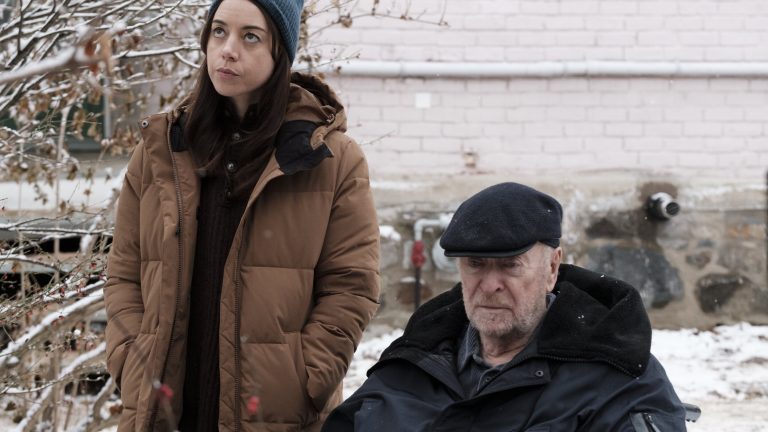 It’s hard not to imagine Michael Caine’s delight when the role of a grouchy, old, drunk novelist who just wants to be left alone, landed on his lap. One would imagine that a character who exclaims ‘bullshite’ to a rousing applause and drinks his way through a book tour is someone even Caine didn’t imagine he’d ever end up playing in his career. But, that’s what Lina Roessler’s heart-warming comedy Best Sellers (2021) offers Caine.

Helmed by one of the more interesting actor pairings of the year with the legendary Caine and deadpan specialist Aubrey Plaza, Best Sellers sees the pair delve into the world of publishing and touring on this charming, if not lacking, 100 minute ride.

Caine plays Harris Shaw, an esteemed writer long past his heyday who lives alone with his cat far from the rowdiness of city life. On the other side of the coin is Aubrey Plaza’s Lucy Stanbridge, a publisher who is trying to keep the business she inherited from her father afloat with little traction coming her way. With time of the essence for Lucy’s business, she sets out to find anything to publish from some of the novelists she may or may not have worked with in the past. It’s not until she finds a contract once signed by the best selling novelist Shaw, that she sees an opportunity to save her business.

For what it’s worth, the premise isn’t what holds this film together. It’s a relatively shoddy script with lots of ridiculousness plastered throughout, especially considering how Caine’s character isn’t believable in the slightest and how the events of going on the book roadshow to sell Shaw’s now novelised manuscript, just don’t add up.

You have this underlying commentary on the business of publishing and how the commerce of it all just isn’t what it used to be, and you have the character of Shaw who has barely any sort of following for a novelist that wrote a best selling novel in the past — a stretch to say the least. Furthermore, the plot is incredibly predictable and doesn’t have any meat on the bone as it’s all laid out in front of you with little left for imagine that’ll catch even casual film audiences off guard. 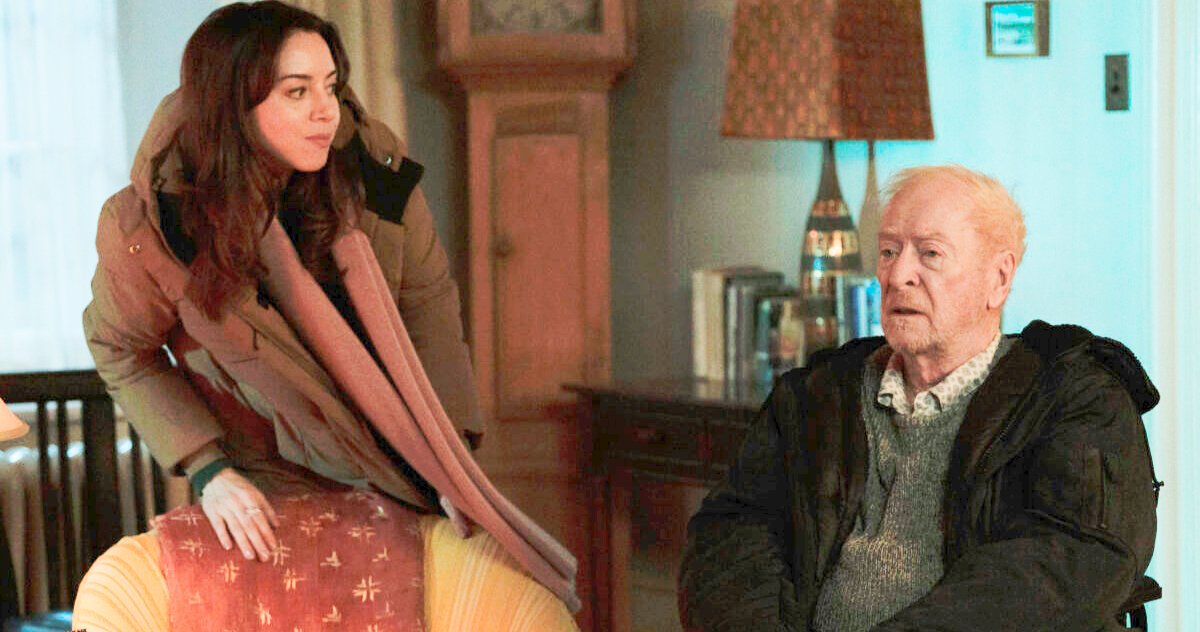 What does hold this film together, which was evidently Roessler’s goal from the outset, is the dynamic between Caine and Plaza. Caine’s cantankerous Shaw is complimented by Plaza’s disheartened, albeit determined Lucy. Both actors find their groove alongside one another, with Roessler building their relationship to a point where Shaw sees Lucy’s passion and interest, and he begins to change as a character to something more akin to his past self. There’s a certain pleasure in seeing the two share the screen, with the respect between the actors clearly on display.

The two actors also make the material before them somewhat bearable. One would think that hearing Caine say ‘bullshite’ or tell someone to ‘f**k off’ for the 20th time would get tiresome, but it’s so out of character for the actor that you’re almost looking forward to his next cuss.

The film also shifts tonally at multiple points as it falls into this jolly comedy about an old man seemingly wasting a young woman’s time, to a heartfelt tearjerker about loss, legacy and art. Ultimately, it is those heartfelt moments and enjoyable back-and-forths between Caine and Plaza that leaves Best Sellers feeling like a novel worth reading.

Best Sellers opens nationally from the 25th of November 2021.