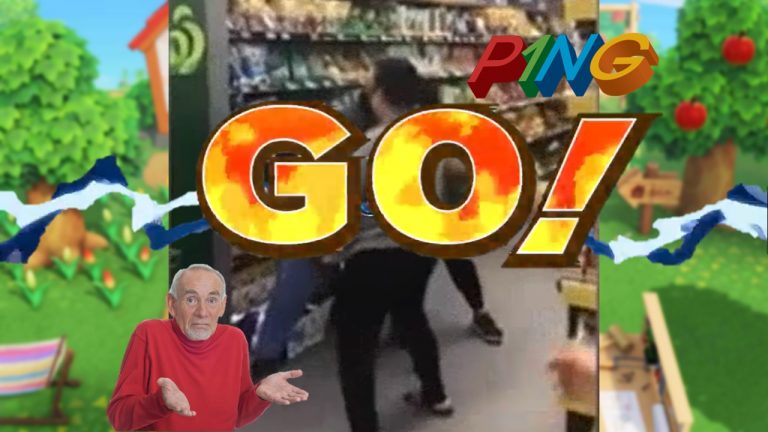 Amidst all the panic buying and brawling between supermarket aisles, there is one man taking Australia’s current shortage of toilet paper in his stride.

Video-game enthusiast Charles Greene is preparing for a binge-play of Animal Crossing: New Horizons and believes that a lack of tree-based lavatory products will not impact him.

“I bought a bulk pack of T.P. [toilet paper] last year when it was on Special,” Mr Greene told P1NG, referring to his local supermarket’s frequent discounting of prices on select products.

“I’ve still got about half a dozen rolls to go, so I should be fine.”

Mr Greene’s surplus of derriere wipes is not just a result of him being a savvy consumer, but also his appreciation for video-gaming.

“Being a binge gamer, I try to minimise my bathroom breaks as much as I can,” he explained.

“I achieve this by eating a low-fibre diet that consists mostly of energy drinks, two-minute noodles and Halal Snack Packs.

“My family doctor says I should probably change my diet because it’s bad for my digestive system, but what does he know?”

Mr Greene also believes that his hours-long playthrough of the new Animal Crossing game will decrease his chances of becoming infected by Coronavirus, or COVID-19.

“If I stay inside and play my Switch, it means I won’t be outside interacting with those who carry the disease,” he said.

Mr Greene’s decision to socially isolate himself comes after a supermarket fracas between three women – allegedly instigated by a lack of bum tissues – was recorded and shared on social media over the weekend.

When shown footage of the incident by P1NG, Mr Greene was nonplussed.

“Those ladies could just have easily sorted out their differences with a round of Super Smash Bros Melee,” he said.

“Or the Nintendo 64 version at the very least.”

To ease uncertainty and fear among consumers, Australia’s supermarkets have announced temporary limits on how much toilet paper can be purchased per shopper.

Mr Greene, meanwhile, is currently in hospital after admitting himself with severe constipation.

Special thanks to Stefan Bradley for this tip-off.