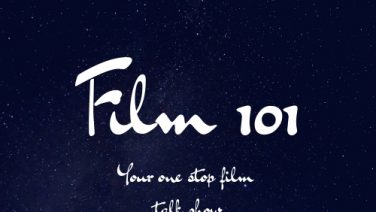 Bombshell: A Scathing Look At The Moment That Gave Steam To The #MeToo Movement 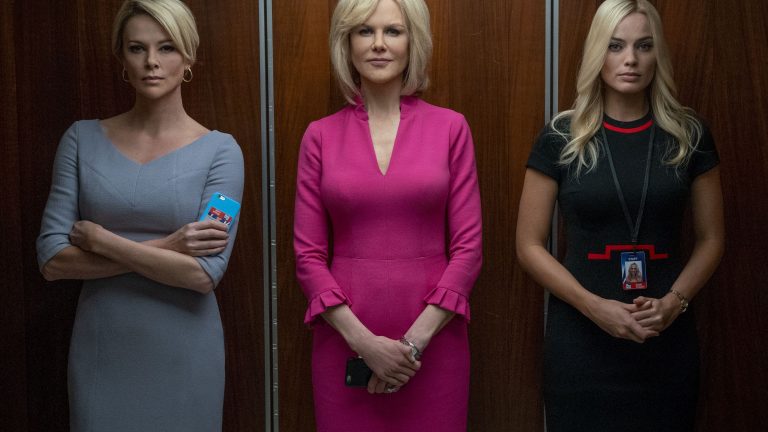 Hailed by the acting might of Charlize Theron, Nicole Kidman and Margot Robbie, Bombshell is the culmination of years of internalised anger and disappointment towards a system that many women had put their faith in for a promise of a better life. On the surface, it tracks Fox News mogul and former CEO Roger Ailes’ fall from grace through the lens of the women he violated, while at its core, it’s a harrowing and confronting re-telling of one of the most pivotal moments to shape the #MeToo movement.

Many would be familiar with the lead up to, and subsequent surfacing of, the scandal that would ultimately bring Ailes down whereby Gretchen Carlson — upon being fired from Fox — filed sexual assault charges against Ailes. Bombshell tracks those moments leading up to the charges, starting with the 2015 presidential campaign involving Megyn Kelly (Charlize Theron) who brings the audience into the misogynistic and unliberal Fox setting and ultimately sets the grim tone for the rest of the film.

There is an immediacy to the film right from the opening sequence as Theron commands the scenes through Fox’s broadcasting studios — setting the stage for the intensity that will follow in this fabricated and controlled environment. It’s no secret then that Fox News limits objective reporting and tarnishes credibility — something the film highlights through the lack of employment for people wanting to leave its confines —, but it’s also no secret that they have still managed to keep people believing that they are a reputable company to work for.

Theron is unrecognisable as Kelly and her portrayal sees her bring out the sternness of Kelly, while never ceasing to balance that sternness out with the feelings of angst that plagued her during her coverage of the presidential campaign — namely her “becoming the story”. It’s no surprise then that Theron has earned a Golden Globe nomination for Best Performance by an Actress in a Motion Picture – Drama as she, alongside Kidman and Robbie (the latter who has also nabbed a Golden Globe nomination for Supporting Role), capture the harsh reality that has faced, and continues to face, women in the workforce.

Kelly’s fear of “becoming the story” in her situation with Trump is — on an implicit level — what ultimately adds fuel to Carlson’s (Nicole Kidman) cause, as she knows the sort of reception and potential consequences that await her for chasing down Ailes (John Lithgow) and Fox. Once Kelly realises the opportunity that has come with Carlson’s refusal to submit to power, she too embraces the need to be outspoken and not sit by while more women are subject to workplace harassment.

One of those women is the fictionalised Kayla (Margot Robbie) who becomes embroiled in the web of abuse that Ailes spins. Unlike Kelly and Carlson (at this point in time), Kayla is a newcomer who eats up all of the sensationalised lies fed to her by Fox and Ailes, and Robbie plays her with a veracity that essentially encapsulates everything Carlson and Kelly are hoping to expel. Robbie is at the forefront of the most jarring scene in the film where Ailes fiendly coerces her into revealing herself to him which doesn’t fail to leave a sour taste by the end of the film.

What is perhaps most striking about Bombshell though, is just how overwhelming it feels as it seemingly grapples with both the exploitative tendencies of companies like Fox, monsters like Ailes, and the broadcast and entertainment industry in general, and the lives of those on the receiving end of this exploitation. Overwhelmed is the exact feeling that Director Jay Roach hopes to evoke from his audience, but it comes at the expense of providing an incomplete narrative that assumes audiences are smart enough to manage the weight that the film carries — a similar shortcoming of the less than emphatic Vice (2018).

Though much like Vice in its approach to political commentary and social degradation, Bombshell has come at a time where its underlying messages are as relevant as ever. With the current case against disgraced former Producer Harvey Weinstein well under way, and films like The Assistant (2019) also gracing screens as well as more and more cases of workplace abuse coming forward, Bombshell lives up to its name and provides a seething condemnation of the current state of play in the entertainment and broadcast industry.