The Briefing interview with Melissa McGlensey 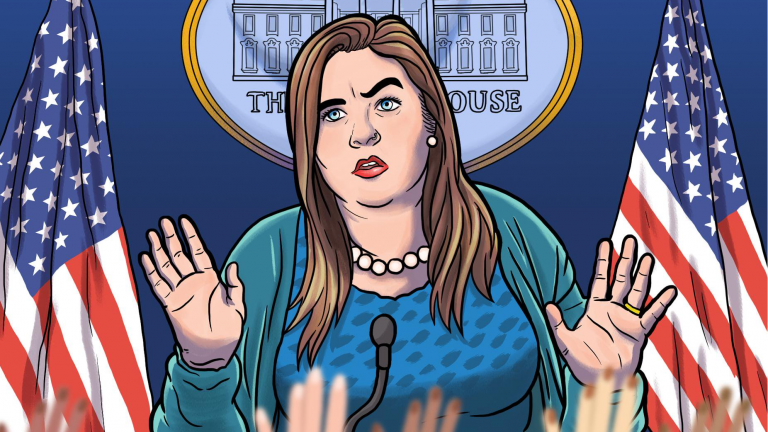 Described as “America’s second-most notorious liar”, Sarah Huckabee Sanders was once responsible for delivering the messages and policies of President Donald Trump via press briefings in the White House.

Ms Huckabee Sanders is now being lampooned by comedian and impressionist Melissa McGlensey in her one-woman, semi-improvised show The Briefing, which sees her satirise world politics in a manner eerily similar to the former Press Secretary’s media conferences.

Melissa recently chatted with Art Smitten‘s Liam, Monisha and Christian about what motivated her to create the show, her background in improvisation, and the differences between Australia and her home country of America.

The Briefing will appearing as part of the Melbourne Fringe Festival from September 19th-24th. For more information and tickets, head to the official Fringe website. You can also connect with  Melissa on Twitter and via her official website.