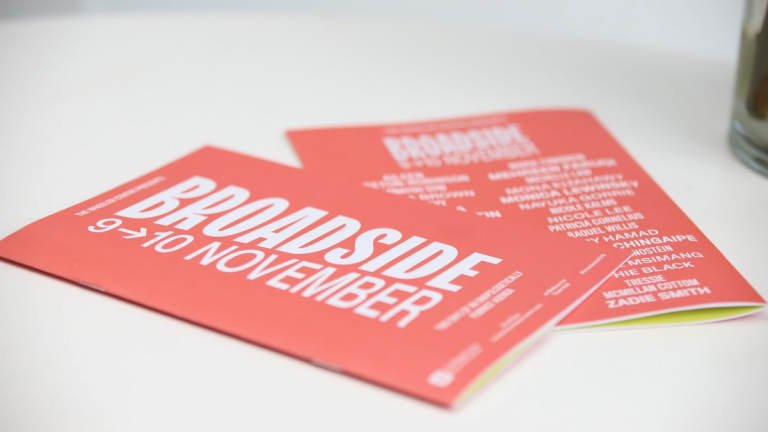 Broadside is an unashamedly feminist ideas festival, hosted by the Wheeler Centre and featuring numerous female artists, writers and academics. Tam Zimet, the Festival Director, spoke with Art Smitten co-hosts Nick and Sharni about what to expect at this year’s event.

Broadside is happening this weekend, November 9th and 10th at the Wheeler Centre. More information can be found on the official website.

Image courtesy of The Wheeler Centre/Broadside.