I’m quite partial to my folks-y indie darlings. I’m happy to sit down with a cup of tea in the sunshine and enjoy some Laura Marling, Sarah Blasko or Holly Throsby. Caitlin Park is sweet voiced, but she doesn’t belong in their camp. Caitlin Park’s debut is a reinvention of the guitar-twanging, indie songbird. Described as ‘folktronic’, her husky tones and meandering guitar rhythms are layered with quirky and eclectic samples, and the grainy sound coming through the samples from old recordings make listening to this album feel like rummaging through a shoebox of old memories. Grabs from old phonetics educational recordings and children laughing in a rhythmic mix and match struck to a beat are just a few of the treasures in that shoebox. The tone is blissfully calm, with the even and pristine guitar work providing a mellow base for Caitlin’s soft and sweet vocals before adopting an off kilter rhythm that evolves throughout the album. The samples are like gems placed over the base, pasted over the sound like a musical collage or scrapbook. You can see the seams of the collage overall though, and at times the samples feel a little contrived. I found myself listening for them throughout the album, wondering what she would do with the next track, delighted at her imaginative use of the samples. Although this was exciting, at times it distracted from her impressive singing and songwriting. The sound is so intriguing that other elements of this album miss the attention they deserve, but it’s so original, it can be forgiven for that. Though the electronic element feels clunky at times, it’s what sets Caitlin Park apart from her would-be contemporaries. It’s definitely worth multiple listens just to delve through those layers of sound.I was drawn to the more original tracks on the album, impressive and inventive pieces that seemed to leave the more traditional songs by the wayside. I was particularly taken by “Match, Wrist, Bird” a song constructed from rhythmic mixing of striking matches, ticking clocks and bird sounds. I haven’t heard anything like it, and was blown away by the uniqueness of the sound. Similarly with “Tic Tac Language” which is comprised nearly entirely of samples of people speaking different languages, with Park’s voice carefully and deliberately overlaid for emphasis. Her fascination with sound of all types, from musical to natural to phonetic is strong, and she is able to manipulate the most unthinkable sounds into captivating music. This album is refreshing, perfect for lying in the sun and giving yourself to. It needs to be actively listened to, full of hidden nuances to discover, old and new at once, innovative and escapist.– Nat Tencic 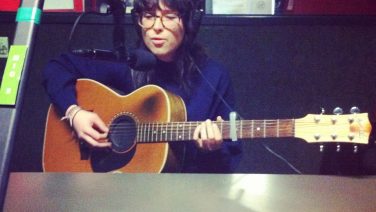