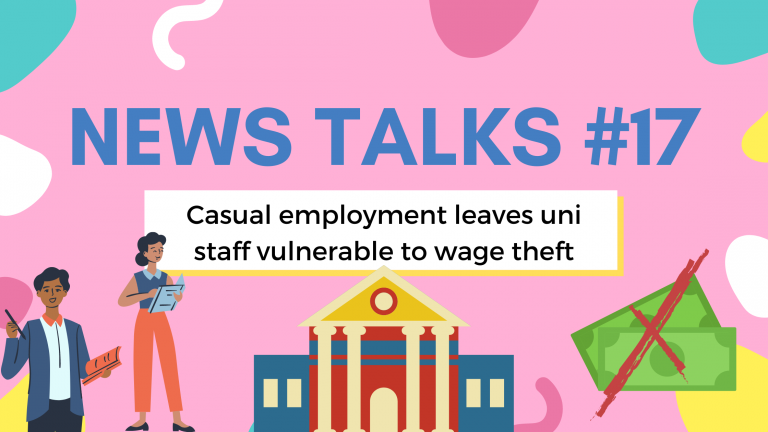 Reporters Laura Green and Holly Mark spoke with Annette Herrera from the University of Melbourne – a co-convener of the University’s Casuals Network – who has been lobbying with the National Tertiary Education Union to retrieve what the union believes to be up to $6 million of stolen wages for at least 1,500 university staff.

Annette Herrera, co-convener of the University of Melbourne’s Casuals Network