Charlie and the Chocolate Factory – The Musical (Review) 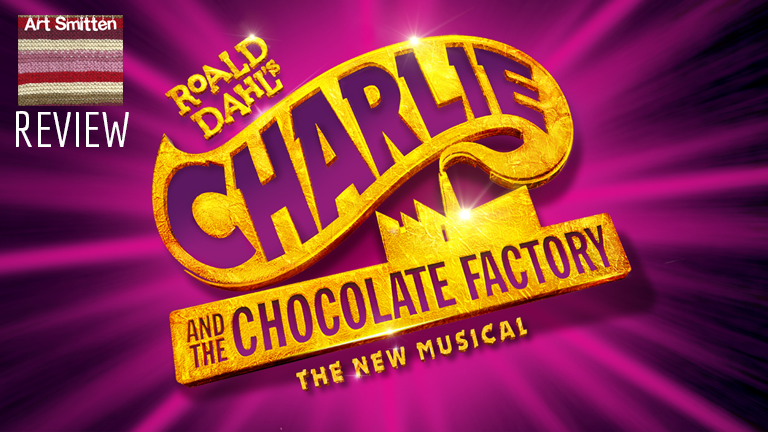 Before I start this review, I have a confession.

I am a massive Roald Dahl fan.

I also really like Charlie and the Chocolate Factory.

It’s one of my favourite things.

The story of Charlie first came to life as a novel in 1964 featuring the quest to find a golden ticket hidden in chocolate bars around the world that would guarantee him and four other lucky winners to an elusive chocolate factory, owned by the top-hat wearer chocolate maker, Willy Wonka. 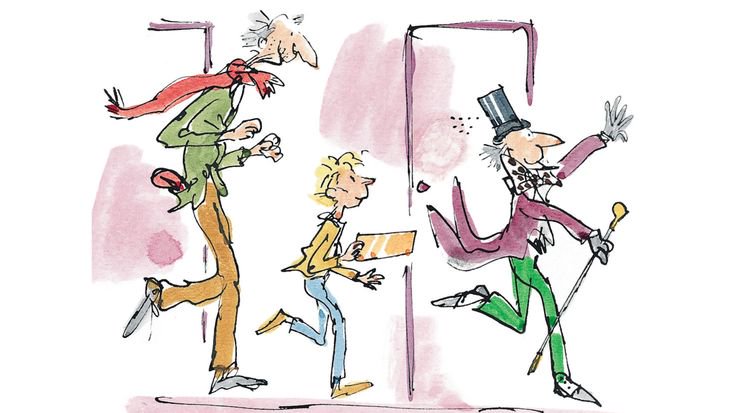 I can vividly recall being merely four years old when I was allowed to stay up and watch my first movie up late on the TV, low and behold, it was Willy Wonka and the Chocolate Factory (1971).

It’s the first film I have a recollection of watching from start to finish while being absolutely hooked into this world of zany fantasy imagery stuck with a beautiful musical score, all enough for me to put my hand on my heart and say that this is my favourite film of all time. It had everything – straight down to Gene Wilder’s witty one-liners.

I also recall being similarly excited when Tim Burton put his staple on another book adaptation of the story back in 2005.

His vision of kooky weirdness was born to be matched with this story, and it was all a different kind of amazing that I got to experience again.

So it was an absolute no-brainer that I would be ecstatic, enraptured AND elated when the announcement of a musical had dawned!

I had heard word on the street that it made it’s way through West End, then following an adaptation to Broadway, but did not think for a second that it would touch down in Melbourne.

When tickets were released, I made sure that I bought them straight away.

The last big hit musical we saw adapted from Roald Dahl’s book to stage was done by Tim Minchin in the form of Matilda, so I already had high hopes for this one.

Whenever Dahl’s name is mentioned, Charlie and the Chocolate Factory is one of the first stories that fizzle pops straight into many people’s minds.

It’s iconic – and thus already has a weighty reputation and expectation for those who go to see it.

Between the transition from West End Theatre to Broadway, this show went through a major overhaul in score and story to fit the stage better, but I also imagine to give some more versatile flavour.

One thing that must be done right is characterisation.

The likes of Violet Beauregarde, Augustus Gloop, Mike Teavee and Veruca Salt are all incredibly iconic stereotypes, but Willy Wonka himself is the one you want to make sure is perfect in every way.

The costumes particularly do a terrific job in enhancing each character and their traits, but the performers really lift this to the next level.

Paul Slade Smith is no stranger to Broadway.

With star-studded names such as Phantom of the Opera and My Fair Lady already under his belt, we know we have someone who knows what they’re doing.

The show opens in the best way possible (I won’t spoil it for you) but within seconds of the beginning, you are assured that Smith is going to take you on an out-of-this-world journey as his characterisation of Wonka bounces across the stage.

He is very much the back-bone of the show, carrying the story along, but at the same time, not letting on to the audience what is going to slip off his tongue next.

The first act, whilst only showing a tip of Slade’s iceberg exemplifying how bombastic Wonka can be, he really shows his true colours in Act Two (I’ll get to that soon).

But with Wonka being the back-bone, Charlie is very much the focal point, and the writers make us travel along on his journey throughout the story, with everything coming from his point of view.

As Charlie endeavours to find the movements of the Golden Tickets and their new owners, his right-hand man, Grandpa Joe, brings another level of zany that very much acts as a welcomed opposite to Smith.

Five young boys share the role of Charlie on alternating evenings, and each really give a cracking performance, belting out some scrumptious musical numbers but also their interaction with the rest of the cast is on point and does not feel out of place.

Tony Sheldon does a sensational job bringing Grandpa Joe to life in a way that all of us Aussies can relate to.

His Australian-isms and banter with the Bucket family immediately make us feel at home, embodying the pinnacle grandfather anybody would be lucky to have in their family.

The four other ticket winners initially are played by adults, and watching the show, you will understand why, but this the directorial team a better opportunity to refine the caricatures that each actor exemplifies.

Each are introduced with an energy-filled music number to sell themselves to the audience, and as promised in the original book, each find their comeuppance later on.

While the first act remains very restrained in the quirky and the bizarre, we are treated to a wonderful score arrangement by Marc Shaiman and Scott Wittman that flows seamlessly, tying the story together like a beautiful red ribbon.

It allows every person on stage to have a shining moment and breathe so much into their character, be them core cast or ensemble chorus.

The show flies, but keeps on building great ounces of anticipation for what will come next.

The personal highlight for me in the whole show was the reveal of the Chocolate Room as Smith sings ‘Pure Imagination’ in a bright, colourful and tantalising way, enough to make me, a grown man, shed a happy tear.

But that’s only followed by the dramatic entrance of the Oompa Loompas, Violet’s experience blowing up into a blueberry and Veruca’s interactions with some squirrels, just to tease a few famous moments from the original story.

As I said before, Slade does a good job of Wonka in Act One, but he surely takes it next level here, encapsulating every quirky trait you’d expect from the character in an explosion of delight.

All are represented here, but are laid out in a way that keeps the show fresh and compelling.

So, what can I say about it?

There is a lot to take in.

There is a lot of stage magic and acting that will make you gasp, gape and gawp (sometimes all at the same time), but there are so many tiny details to look out for as well, which says a lot for a show that is quite minimalist.

The use of projection is portrayed really well here in an interesting way that keeps your eyeballs constantly dancing across the stage to see what’s going on.

It’s a visual and audible treat – and I say that without bias.

I went a second time because it was so good, and enticed a friend to come too, who hadn’t had much experience as I had with the story, but that did not taint his sheer enjoyment and buzz throughout the performance.

I would say it’s a perfect introduction for kids to enter the world of musical theatre as there is so much to take in, but I would also say there is enough nostalgia and enjoyment for the adults too.

It’s a rare commodity that a show can be a hit for both, so top-hats off to the production company.

Charlie and the Chocolate Factory is in Melbourne until Sunday 29th December, so I would highly recommend going for a fun and feel-good theatrical experience.

Maybe buy some chocolate after or during the show – a sweet craving is sure to kick in.

For more details on the production, visit charliethemusical.com.au