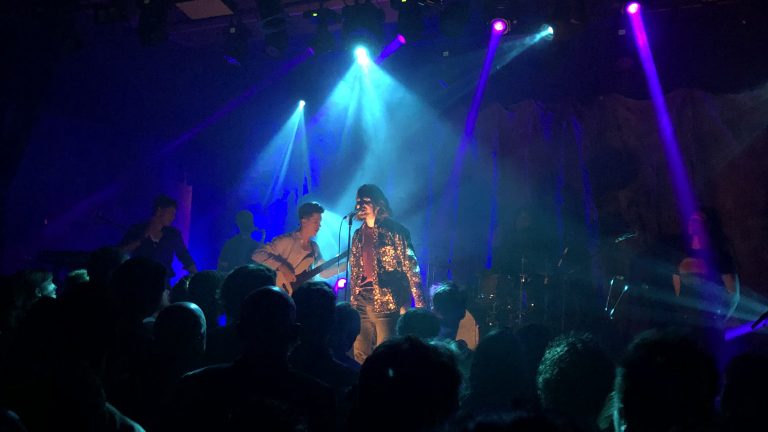 Tickets provided by publicists
The Masters of Mood, City Calm Down, took to Howler on Sunday 19th May for their second sold-out Melbourne show in celebration of the release of their latest single, ‘Television’. 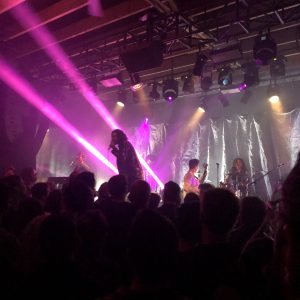 DJ Mon Sebire of 3RRR FM was the precursor to both Merpire’s and City Calm Down’s sets, defining the mood and providing the grooves for the night. The always pleasing angelic vocals and glistening melodies of Merpire brought nothing but joy to the crowd as they packed into the venue, ready for the main act.

City Calm Down kicked off their second hometown show with ‘Pride’ off their 2018 album Echoes in Blue. The Melbourne 4-piece had some extra members join them on stage, including not one, but two saxophonists who defined the atmosphere with the first few eerie notes. The backdrop, a heavily crinkled sheet, would have sent their mothers into a spin, however, it only added to this atmosphere as the lights bounced off its creases.

Plucking a second track ‘Blood’ from their 2018 release, the band set the perfect foundation to explore their new direction with their latest release ‘Television’. Whilst the short and poppy nature of the new track was definitely not the expected City Calm Down sound, the signature vocals and soundscape explorations settled any nerves the audience may have had that the band was moving too far from their melancholy discography.

The band continued to provide this juxtaposition of old and new, sandwiching their unreleased track ‘Lucy Bradley’ in-between tracks from their 2015 debut record In A Restless House.

This was soon followed by the drumbeat of ‘Joan, I’m Disappearing’, which pulsated throughout the venue. The crowd nodded their heads in unison and joined frontman Jack Bourke in belting out the chorus.

The band then dedicated another unreleased track, ‘Visions of Graceland’ to Tony Abbott, who lost his seat in parliament earlier that day. This love *strikethrough* dedication sparked an overwhelming roar of applause from the crowd, who then were able to enjoy the song for more reasons than its incredible construction.

A personal highlight was, ‘Son’. The band perfectly performed the celebrated track with cowbells, backing vocals and a whole lot of heart.

The final treat of the night was another unreleased track titled ‘Stuck (On The Eastern)’. Not only does the tune have a clever title with a whole lot of reliability, but it was also one of my favourite newbies of the night. Each of the unheard tracks that the crowd was treated to painted a picture of what we can expect from this forthcoming new release- there is a nod to the bands emotive past but this new project teases an exploration into an upbeat tempo and observant lyrics.

The headliners closed their set with ‘In This Modern Land’ which triggered a crowd chorus (with lots of arms flying in the air for emphasis too). Lead singer Jack took a moment to thank touring member Will (of murmurmur) who was performing with the band for possibly the last time. The comradery of the band was present as Will received noogies, intense hugs and high fives from fellow band members as they exited the stage.

Even though the band seems to be exploring some upbeat territory with their new material, City Calm Down are still one of a kind. Their ability to seamlessly move from sombre, moody tracks into upbeat tracks of social commentary shows that they really are the masters of any mood.