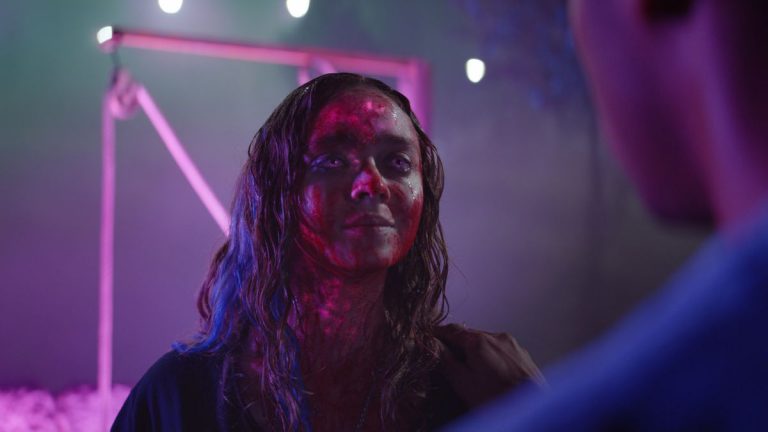 It wasn’t too long ago that Nicolas Cage became embroiled in what was the most sadistic film of 2018, Panos Cosmatos’ Mandy. Fast forward almost two years and Richard Stanley’s equally weird, yet less lavish adaptation of H.P. Lovecraft’s 1927 short story of the same name, Color Out of Space (2019), brings with it another dose of mind-boggling craze that is sure to entice even the least tolerant of viewers.

As far as craze goes, Stanley manages to inject his rendition of Lovecraft with enough extravagance to leave audiences questioning the very foundations this film was founded upon. Most of that extravagance comes in the form of an otherworldly virus/alien that crash lands in the front yard of the Gardner family’s rural estate, and gradually distorts and infects everything around it.

The logline itself is about as B film as it gets especially seeing as Stanley — a director who was fired days into his last attempt at directing feature — has been absent from feature filmmaking for over 20 years. But while the plot and the source material from which it was spurred are extravagant in and of themselves, it’s Stanley’s tenacity to outdo Lovecraft’s grip on cosmic horror that take it over all sorts of lines. 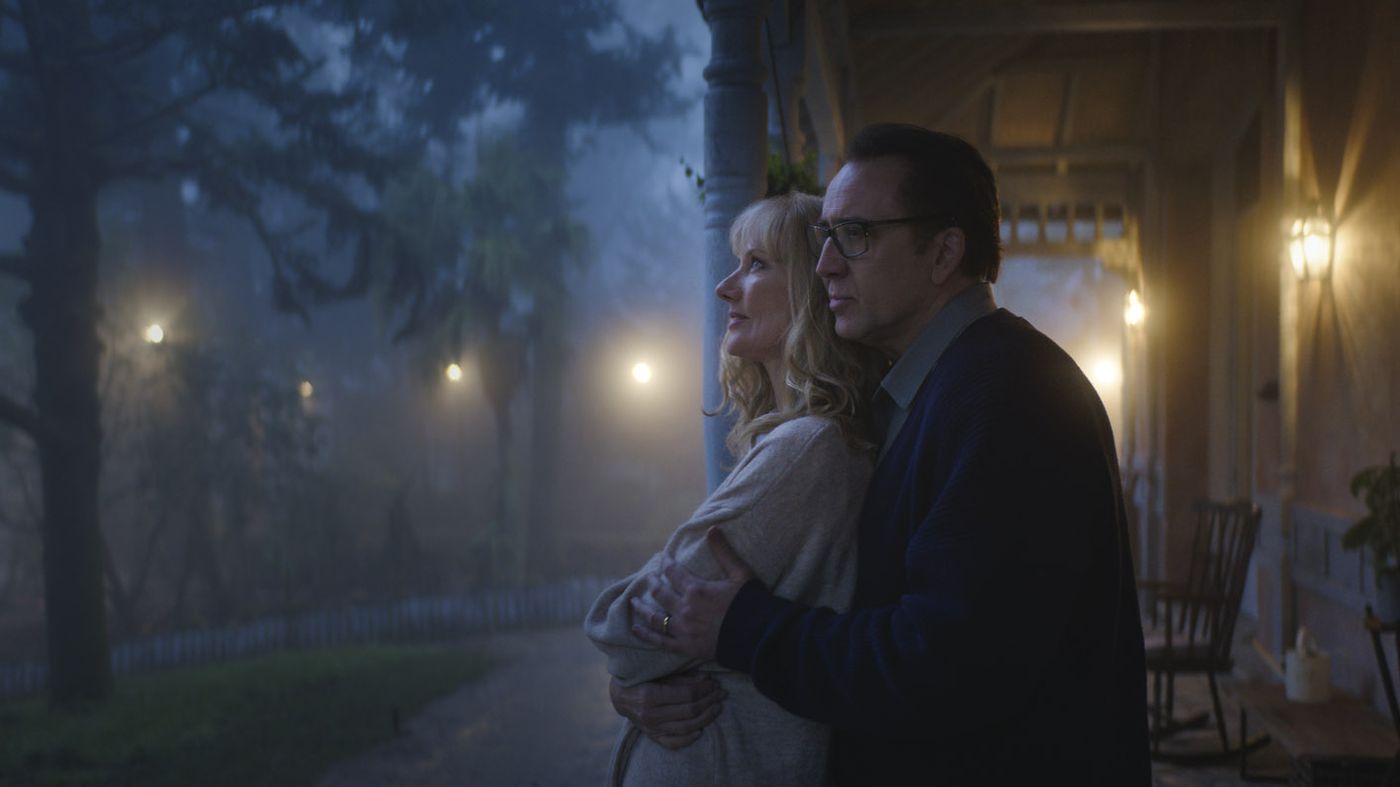 Joely Richardson and Nicolas Cage in Color Out of Space

Stanley’s approach to adapting Lovecraft and the Gardner family feels almost too obvious in just how heightened and overblown it is. To take a relatively tight and fixed work and stretch it into a 90 minute feature will always signal problems including the loss of flow between Lovecraft’s textual innuendos and the care in bringing the reader to the place Lovecraft wanted them to go (take for example The Hobbit and Peter Jackson’s 3 film stretch).

Subsequently, Stanley’s Color Out of Space is more concerned with forces that reveal our true colours more than it is with the colour itself. As with all great entities in popular science fiction and cosmic horror (Annihilation comes to mind), it’s less about what they do to the characters in a film than it is about what they offer the characters. In the case of the Gardner family, this strange, purple/pink infused presence offered them perspective — even though it came at the expense of seeing a side of each other that they wished they hadn’t.

To get to that eventual point of revelation, it is the Gardner family themselves who bind the ludicrous and off-kilter beat of the film through their gradual descent into madness. With Nicolas Cage being the biggest name to cast in the B movie bizarre genre, it would only be fitting for him to helm the amateurish cast who share the stage with him. Cage plays Nathan Gardner, a farmer of sorts whose stepped away from the city life and taken on board a life as an engrossed vegetation and alpaca enthusiast. For those familiar with Cage’s long spanning and ever growing filmography, these character traits are nothing out of the ordinary, but for others, they might come as a surprise in the wider scheme of a Lovecraft adaptation (there’s even a moment involving Cage munching down on overgrown and bitter tomatoes).

Nicolas Cage in Color Out of Space

Joining Cage are a bunch of distinct, but not as pronounced names including Madeleine Arthur as a young ritualist Lavinia concerned with the performance of fanatical phrases and exercises; Joely Richardson as the workaholic Theresa who seemingly can’t function in the desolate haven Nathan has constructed; Brendan Meyer as a space and marijuana admirer, and Julian Hilliard as the creepy child whose there to heighten any textbook horror clichés that might emerge.

As each character becomes susceptible to the growing aura that is the crashed, purple pulsating meteorite, so too do they realise that nothing is as it first appeared. The meteorite paints a utopia across the Gardner residence with some striking visuals (albeit overexposed) and some whimsical and mutated creatures, but as with all good things, they must end. Stanley uses these images to not only entice, but to deceive and in the process, crack the layers of understanding in the Gardner household and lays them barren in a place they once called home (“we have to leave” exclaims Lavinia). It’s the sort of backdrop from a Lynch film but without all of the Lynchness and it works for the most part even though it takes some time to get to the meaty centre.

That said, there is no shortage of thrills in this fully fledged genre film as Stanley mixes the absurd with the grotesquely beautiful and leaves a hole of charred uncertainty in his wake. To adapt Lovecraft is to accept that nothing may make sense, but that’s the only thing that makes sense. To direct Nicolas Cage is to expect the unexpected, and equally so, that’s what’s expected. In hindsight, normalcy is out of the question, and Color Out of Space makes the most of its lack of normalcy to provide a manic and often heartfelt experience that thrives the more it delves into its absurdity.