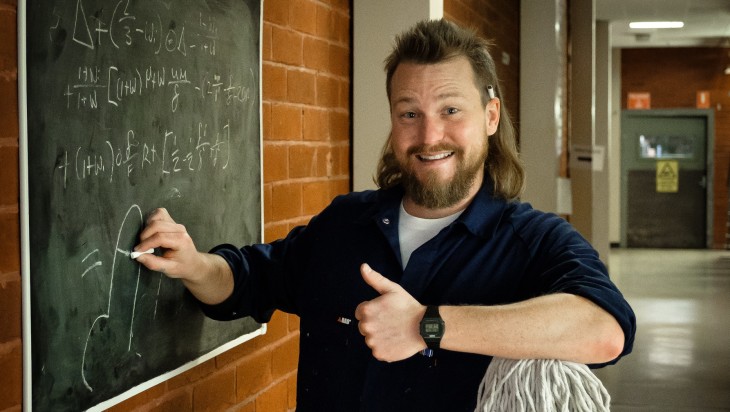 Just a boy from the Perth suburb Forrestfield, Brett Blake is proving why he is a one to watch in the comedy scene. Taking us through the story of his school life, and how he would become a ‘Bogan Genius’.

Blake draws you right into his story from the start of his 50-minute set. Using crowd interaction to find out how naughty they were at school. He would of course top this by telling us he had many suspensions by grade 3. From throwing objects at celling fans, and being obsessed with putting 8008 into a calculator (work it out yourself), he truly shows us how he definitely was the schoolyard bad boy.

Blake continued to impress the crowd with his journey through High School, and how his cheating ways would actually work in his favour. He would become one of the schools strongest maths students. This would result in him making to one of the biggest schools maths competitions in the country. He aces it, but for one equation which would bring him to back to his childhood.

As funny as a journey Brett Blake would take us through, he was always humbled to have parents supporting him through think and thin. Helping him through school, even though he ran into troubles as a kid. Brett Blake’s ‘Bogan Genius’ is a great story on how cheating can be beneficial in life, along with great support from the people around you, to help you through the journey.

Brett Blake’s ‘Bogan Genius’, had me laughing for his entire 50-minute set, hitting me very close to home with his stories of school life.