Across the stretching, formidable and prestigious Exhibition Street lives the bright and shining “Comedy Theatre”, and the majestic “Her Majesty’s”. Not too far from those gigantic theatres, on the corner of Bourke and Exhibition Street, there is a small pub called “The Elephant and Wheelbarrow”. Perhaps a more hilarious than a confusing title for a pub, the locale is perfect for laid-back, and relaxed comedy shows. Perfectly enough for the audience, Marcus Ryan was just that, a calm, composed and confident comedian who performed the hilariously Spanish show ‘¿Hablas Ingles?’.

Translating to “Do you speak English?” from Spanish, ‘¿Hablas Ingles?’ chronicles the story of Ryan’s travels around Latin and South America. Without giving too much away, audiences can expect surprise appearances from two characters one might encounter on a trip to South America. These personalities are downright entertaining, especially for the seasoned traveller.

Ryan’s trials and tribulations whilst abroad were downright entertaining and witty. Following an almost Indiana Jones-esque map line down the America’s, stories varied from Rio, to Mexico City and Bolivia. Having never been to any of these cities, a colourful and interesting image was created by Ryan for me. Marred by some technical difficulties, which in Ryan’s defence, were pretty hilarious, the middle of the show did lose a bit of focus. But unlike the usual comedian, this lack of focus wasn’t really a downside in terms of comedy, because really, it was still very funny. The only downside really was that we got to hear less about Ryan’s enticing and intriguing stories.

It’s always great to walk away from a comedy show with more than just sore abdominal muscles. Ironically enough, Ryan’s comedy show really did take me on a “#journey”. Not being a season traveller, I walked out of the show with more knowledge than when I walked in, which is always a plus. The show really cannot be recommended enough as it’s not only side-splittingly funny, but eye-openingly educational.

You can catch Marcus Ryan’s show everyday next week, excluding the Monday, where Marcus will be MCing the incredibly interesting “Lights Out Laughs” charity show! 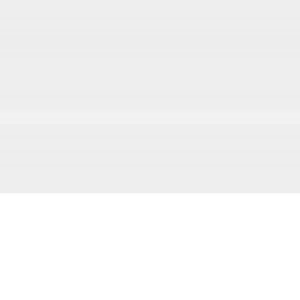