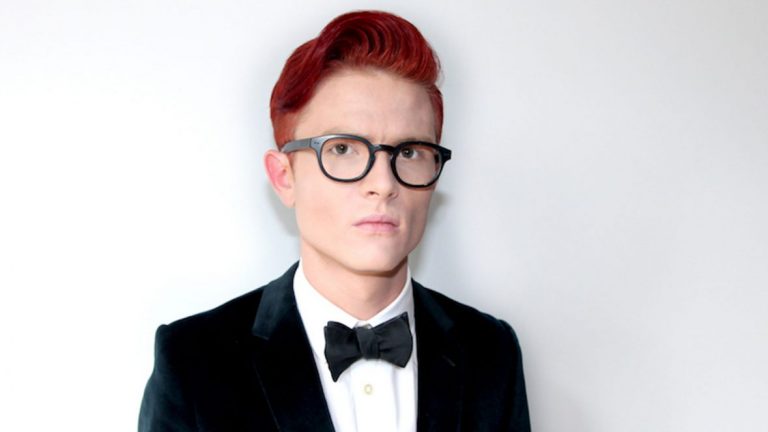 Award-winning, Sydney based comedian Rhys Nicholson returns to the Melbourne International Comedy Festival this year with their new show Nice People Nice Things Nice Situations. Rhys is becoming more and more well known for their witty and ‘close-to-crossing-the-line-but-not-quite’ style of humour. It’s a style of humour that is also refreshingly and unapologetically queer, and while many are welcoming Rhys as a mainstream Australian comedy staple, that kind of visibility also brings its fair share of bigoted hate. This is made clear towards the beginning of the show, as Rhys reads out a classic Facebook hate letter from a disgruntled TV viewer. This letter sets the tone for the rest of the show pretty well, as the audience was clearly taken aback by its contents, calling Rhys a terrible representation of their community as “a gay,” but also laughing along as Nicholson cuts it down joke by joke.

The show was held at the Banquet Room of The Victoria Hotel, which I wanted to mention because it was very weird room to have a comedy show – even Rhys themselves mentioned how it felt like a conference. Pitch black curtains served as the backdrop for the stage with two loudspeakers rigged in perfect parallel above Rhys, it might have been because I was towards the back of the crowd, but the contrast of this backdrop and the very well lit, very pasty Rhys Nicholson looked weirdly surreal. But feelings of surrealism where very quickly shelved once the routine started; a routine based very much in Rhys’ reality.

A range of topics was covered in the hour set time: the misadventures of having a “fur baby,” gender identity and not falling in the binary – in turn critiquing toxic masculinity – and the aforementioned step into the spotlight as a growing public figure. The strongest recurring theme in the show was what I like to call ‘coming of aging,’ when someone who is about to turn 30 has a really good look at their changing life as they mature, from trying to see if they could party like they did in their early twenties to what Rhys calls “second puberty,” this theme is got some of the biggest laughs.

Rhys Nicholson’s life isn’t entirely filled with nice people, nice things and nice situations, but the bumps make for great comedy. Nice People Nice Things Nice Situations is an hour of great comedy, and that should not really be a surprise considering Rhys’ rising comedy stardom. To keep it nice and simple: Rhys Nicholson is very funny, and it is a very enjoyable show.