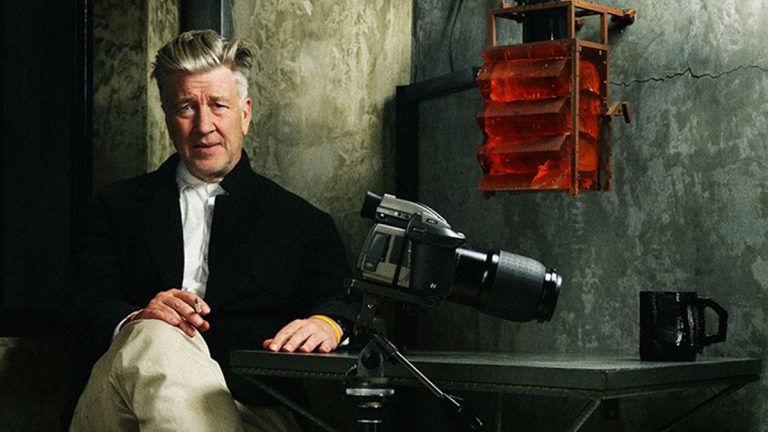 David Lynch: The Art Life is the new documentary that chronicles the life of David Lynch from childhood to right before the release of his first feature length film, Eraserhead.

The film is beautifully shot, showing Lynch painting and interacting with his young daughter at his home studio in the Hollywood Hills, whilst telling the stories of his formative years into a microphone in a gloomy looking basement.

The scenes at his house shows Lynch’s process in making artworks, there are a few scenes showing him work on a piece of a certain painting that looks as if he is pulling layers of the painting aside and almost going into it, a perfect visual for a film that takes a very in depth look at this often quite mysterious artist. These shots of him at his home studio are interspersed with “Super 8” style footage, close ups of his artwork and photographs of his life, that are used as visuals to the many stories he tells in this film.

It’s important to note that this film wasn’t scripted, it’s David Lynch telling his stories and showing how nearly all of his work from films to paintings have been influenced by these stories and how throughout his life the urge to create has taken reign over every other need.

However, although Lynch goes quite in depth about his life he still doesn’t give everything away and many of the stories Lynch tells have been mentioned previously in interviews, however, it is the visuals of the film that are of the most importance here, they tell the story and for anyone with an open mind, the visuals will give them all the answers they have ever wanted off of Lynch.

This is quite important when discussing work by an artist such as Lynch, it’s important to keep a mysticism and imagination about the art and Lynch time and time again does it so well.