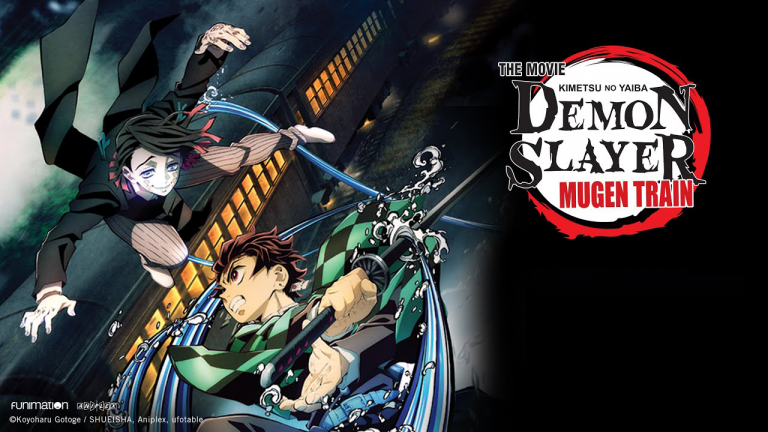 Back in 2019, my impression of the first five episodes of Demon Slayer was just average. There was nothing special about them. Even after watching the first season, my thoughts were that it felt like a slow prologue that was trying to find its footing. Flash forward to 2021, Demon Slayer – The Movie: Mugen Train has become one of the highest grossing films of 2020 and the highest grossing animated/anime film of all time. I decided to look into it and, to my surprise, it is better than the TV series.

For those who haven’t seen or heard of it, let me give a quick recap of what’s happening so far: The story follows Tanjiro as he becomes a demon slayer to find a way to turn his sister, Nezuko, back into a human and take revenge on the demon that killed his family. As the story progresses they meet Zenistu and Inoskay, both demon slayers who join their adventure. The film takes place directly when the TV series ends and, to my surprise, the story works better as a feature then episodic. While the story is effective and emotional, the opening act feels like a slow build-up to where the story would go. I am not saying that is bad, instead it helps to establish who the characters.

The story mostly focuses on two new characters: Flame Hashira Rengoku and the Lower One Enmu, the antagonist of the movie. While the main cast from the TV series does get some screen time, the film mostly focuses on Rengoku as he becomes a Hashira. It’s well played and really good. Emnu, who was seen in the last episode of the series, plays an important roll in the movie. He isn’t the most effective villain but does work well. 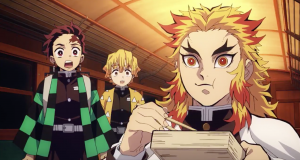 The animation for this movie is absolutely breathtaking. Animation team Ufotable is well known for making action sequences, blending 2D environments with CG backgrounds. From the opening scene of the movie, I can’t help but compare it to a Studio Ghibli film if not, CoMix Wave Films. That is saying something.

The fight scenes are excellently choregraphed and executed, but they can be wonky at times. The best would have to be Tanjiro/Insoka vs Emnu and the final fight.

Funny enough, the film does flashback to a fight scene between Tanjiro/Nezuko vs Rui in episode 19, showing viewers a great comparison on how much the animation has evolved from the anime series.

The music itself – composed by Yuki Kajiura and Go Shiina – is also good. It mixes feudal Janpan-era tones with rock/electric music. While it might feel weird hearing it at first, it’ll grow on you. The real heart of the music is the theme song, Homura. The song is done by LiSA who also did the opening and the ending theme songs for the TV show. Homura is easily the best theme out of all of them and emotionally effective when the credits are rolling.

For people who are fans of the series, you don’t need me to tell you to go and see it. What I will say is that fans of both the manga and the TV series will enjoy the movie for the action scenes and the emotional stakes from this arc. For causal fans like myself, others will enjoy it as it is. But one thing is for certain, this movie is enjoyable to watch and I can’t wait to see where season 2 goes.

Reading not your thing, listen to Aaron’s review here: 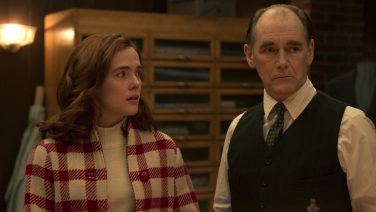 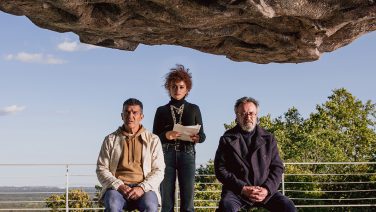