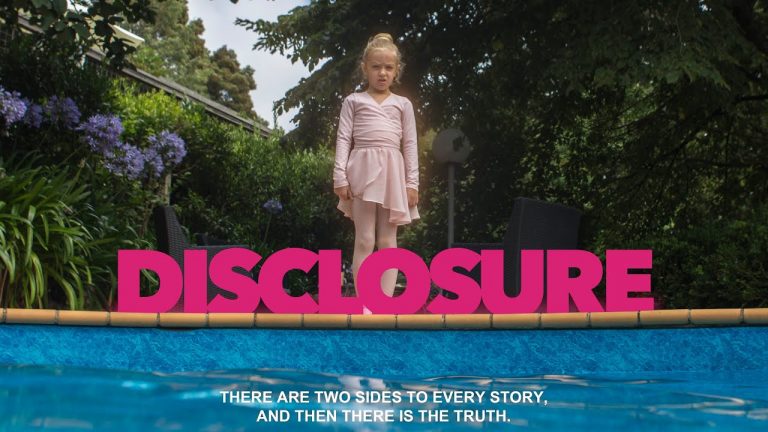 The storytelling of our ongoing post-MeToo era is visibly varied and veracious in its pursuit for peace and purpose. From 2017, audiences have been exposed to a deluge of commentaries by filmmakers questioning where we should go and what we should do in response to the stranglehold of predation and pressure, representing the transition from systems of power toward unexplored potential.

“There are two sides to every story, and then there’s the truth”

And the truth is, this film should stay disclosed.

Despite its sincere intentions to capture the intensity of the MeToo discourse and the density of its subject matter, Bentham’s action serves little more quality than a university student’s half-decent Honours project, with some cleverly rehearsed dialogue but unfulfilling outcomes.

Set in an idyllic regional Ozzie suburb, two financially well-off but emotionally off-the-wall pairs of parents lunch and punch. One of the couples are more free-spirited and liberal-minded, immediately shown unapologetically filming a sex tape and boldly sunbathing naked by their pool. The fact they are conveying the latter on the day of their scheduled interaction with a politically-liberal and spiritually-judgemental couple is treated as comic ignorance, suggestive of their inner modesty and naïveté. This other duo flexes a knack for conservatism that buoys their political motivations, which are becoming so legitimate that they supposedly require a swooping magpie of a bodyguard to observe and protect them from afar during this simple luncheon. After some subtle icebreaking, the couples quickly clash once the true objective of their meeting bubbles to the surface: the nuclear family’s problem child has allegedly strangled the nudists’ daughter, and this may soon be exposed to the press. 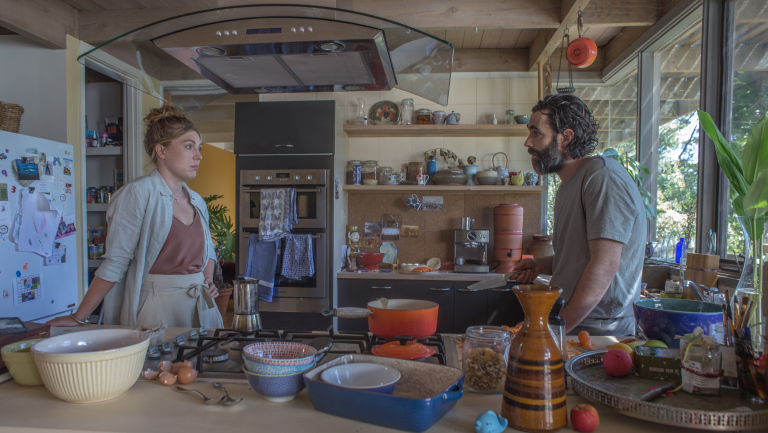 The cultural MeToo conversation doesn’t necessarily focus on child-on-child assault, so this movie is unique in its subversion of the broader abuse issue. But this topic has been tackled with so much more favourable nuance in recent texts, like HBO’s Big Little Lies and ABC’s The Slap, that it feels redundant here. The intent of Bentham to spotlight the complex issue is honourable but frankly unhelpful to the discourse, especially considering the juvenile behaviours that unfold. His movie is a formulaic and disguises itself as original despite the quarrelling quartet concept strewn far and wide in past narratives like Who’s Afraid of Virginia Woolf? or God of Carnage. The film seeks to scrutinise human sexuality at large just as MeToo does more appropriately, if sometimes disproportionately. Many exchanges between the four focus on whether pornography or sexism is responsible for the male-on-female attack between the two kids, but it is largely skirted over and ignored. This kind of issue could have been fascinating if executed differently.

On a more positive note, it’s cool that this was a Melbourne-based production, filmed in the Dandenong Ranges. This helped elevate the material’s attempt to drive the theme of insularity. The sole setting (house, backyard, womb-shaped pool) was an interesting choice which underscored the film’s goal to critique the modern privileged bourgeoisie. The aerial cinematography was also lovely. But again, these techniques didn’t go very far. They were just aesthetics. 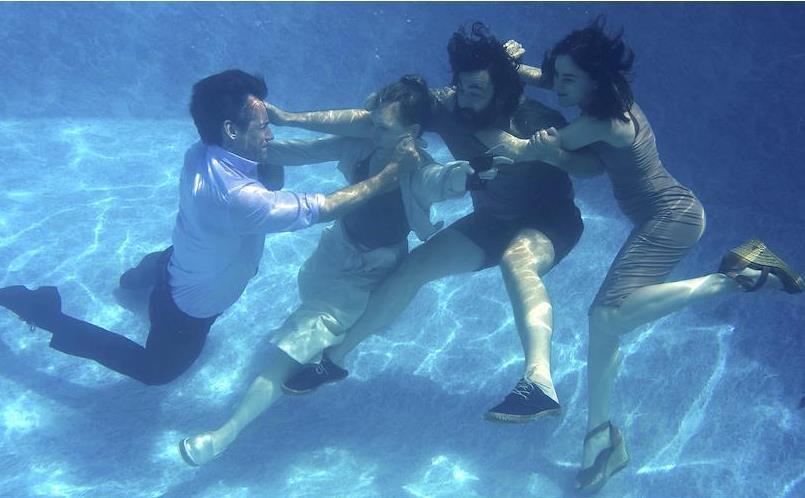 Although character acting was really supposed to be the key filmic ingredient, it was also squandered. One could acknowledge the performances as being fine – but by ‘fine’ I mean B-grade. Or F-grade, for foursome. I did say this movie was about sexuality…

The actors exaggerated their characters with simplicity, and they all just seemed wooden or soapy or melodramatic, like Home and Away. This caused the more confrontational moments to feel awkward, thus undermining the cinematic feel. Although the performers, like lead Geraldine Hakewill, may have tried to offer layers to indicate their socioeconomic caricatures, the writing focused too much on their obsessions with image and status than depth and decency.

Disclosure will leave less than a splash for audiences keen on more fluid and stimulating storytelling. The relevance of the tale wasn’t enough to salvage its murky pace and slapdash Shakespearean-ism. It all meant well but didn’t end well!