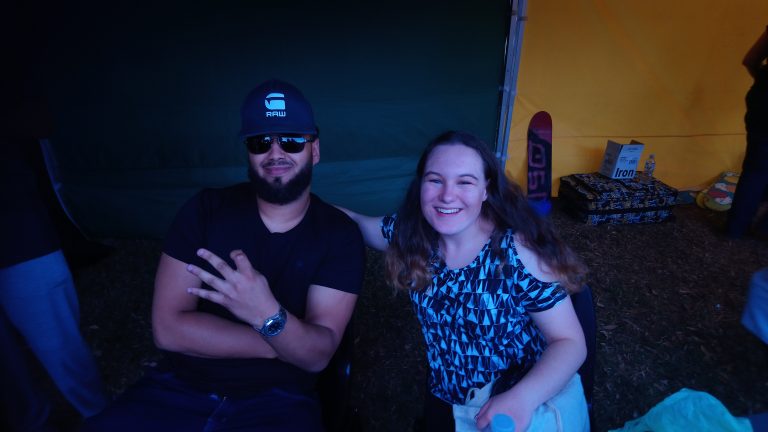 Downstairs at 3031 was a music event held in Flemington; which was run by the wonderful people at Valley Youth and the awesome volunteers in their FReeZA Committee.

I attended the event decorated with my very important media badge and was shown to my own private marquee (How awesome is that?!? I still can’t wrap my head around it!) where I was lucky enough to interview some of the local Melbourne musicians performing at Downstairs at 3031.

Yung Houdini: I started off making music as… a hobby because I used to rap with my friends… we used to just rap wherever we go…

How did you begin making music?

Yung Houdini: …one of my mates told me I should hit up the studio. That’s how I started making music.

Why do you make music?

Sino Carter and SafiTheBoy: … We make music for the struggle, you know what I mean? ‘Cos we came from nothing… so basically, music is like our outlet… We do it for everybody, we do it for hobby purposes, all of that.

Which musicians inspire you? How does their music influence yours?

P-UniQue: When I started music I used to listen to Tupac and he inspired me… I write about honest things that are affecting myself and the people around me… I’m also inspired by… Sampa the Great. I look up to her because she’s also African and she’s Australian and she came up and has made something of herself, and it makes me want to do the same. She’s inspired me heaps!

Sino Carter and SafiTheBoy: We are self inspired artists completely and 100%, original, no filter…

How do you experiment with your music?

P-UniQue: A lot of my music is African inspired… I use a lot of tribal hymns in the background, tribal chants and we try to sample it and make it into something different ‘cos it is hip-hop rap but it’s got a bit of an African flavour to it which makes it different. I’m from… South Sudan.

Do you have anything exciting happening in your music career now or in the near future?

Yung Houdini: … I’m just trying to get gigs and… perform at shows… and show my music out to everyone, you know?

P-UniQue: I can’t say but I have been doing a lot of recording and some new music should be coming out.

What was it like getting involved with and performing at Downstairs at 3031?

P-UniQue: I’ve done a lot of performances. I’ve never really performed in Flemington in front of younger people like this…

Yung Houdini: … I’m from around here so I thought it would be a great idea to get the community together and give them some great music.

Yung Houdini; I noticed that you have put the local postcode in your music. What does this community mean to you?

Yung Houdini: … Flemington’s a small community, everyone knows each other and when I started rapping, it got around quick that I was a rapper. There was one song, Monster, that I recorded and it was like “3031 yeah that’s my city”, and that blew up in Flemington…

What do you think is the most challenging part of being a musician?

Yung Houdini: … being a musician is not really that challenging for me because there’s a passion behind it so I always want to do it… I just do it for the love of music… Probably the most challenging bit is getting your music out there.

P-UniQue: …I don’t really find music challenging ‘cos once you find something that you love doing, it’s such a breeze and it doesn’t feel like work… I mean it’s just like making music and having… deadlines. In music, you like rely on so many people and kif it was just you and yourself you would just get everything done but because you have to seek help with video clips, new music and productions; that’s the most challenging for me.

Sino Carter and SafiTheBoy: Well for us, because we are super super super talented artists, there’s not much at all…. We don’t really find anything difficult at all. It comes naturally…

I was also lucky enough to speak to an emerging poet who performed at the event, Fatmahuss, who has just released her awesome debut ebook, Melody of Being Animate, on Amazon.

I write mainly for myself because when I when I write… poetry it’s usually when I’m feeling a lot because I go through a lot of mental health issues and a lot of self love issues, I find it therapeutic to write. It’s like an outlet for me.

What are the mental health issues and how do you cope with them?

… I go through major depression and I found out when I was 21… I didn’t want to say it and I didn’t want to admit it… The way I cope with it is I write a lot but I also make sure to make time for myself and I take it day by day.

Is there a message you hope to communicate through your poetry?

Definitely, I feel… like it’s important for people who are going through their own mental health journey to know that… it’s okay and you’re not alone.

What drew you to writing poetry?

… The first time I started writing it was … like an outlet for me. It was more thereaputic for myself… I wasn’t someone who talked a lot in general and I kept very much to myself so for me it was just something I could hold on to… Publicly, I started publishing because of one of my friends… he’s a poet as well and he goes through mental health issues…

Will you and your friend collaborate?

What is your poetry style?

… I feel like we never really know because whenever I’m writing, … sometimes they rhyme… I don’t purposely make it like that. … If anything, I go on synonym a lot and try and make it flow a little bit and rhyme…

Did you find it emotionally challenging putting your book out there?

Overall, the event was absolutely fantastic and it was amazing to get a chance to speak with the talented artists who graced the Downstairs at 3031 stage. 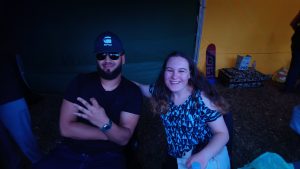 When I met the FReeZA Comittee as the event was kicking off, the proud smiles on their faces spoke a million words of pride and joy. These smiles were shared by everyone involved in Downstairs at 3031. As I left the event, I shared it too.

This article is not a paid promotion for Valley Youth or any affiliated parties.

All parties involved have given recorded consent for their information to be displayed in this article. 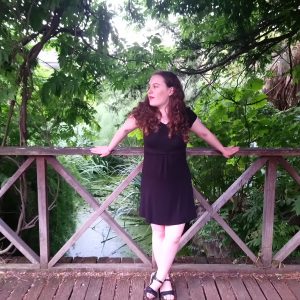