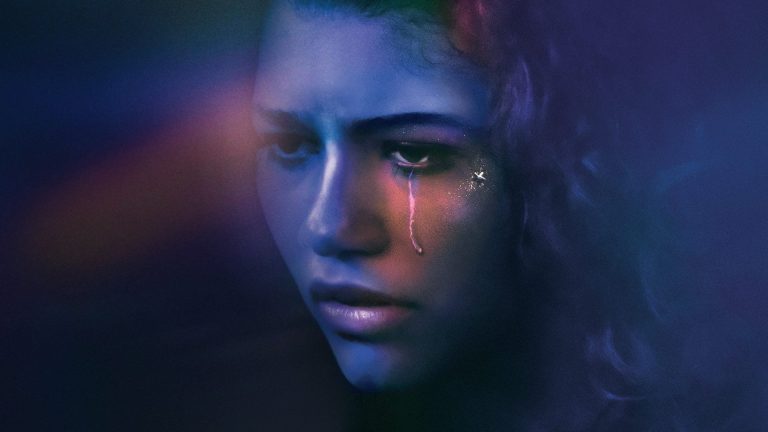 Euphoria, one of HBO’s juggernauts, is uber-popular. The general messages of the series appear to be about morality and identity, and the story concentrates on the struggle of 21st century American youth in an unapologetically candid way. If it doesn’t get nominated for a chunk of Emmys this year, I will be shell-shocked. This review focuses especially on Season 2 of the series, with an analysis of momentous scenes.

Series creator Sam Levinson comes from a space of addiction and empathy in this storytelling. He is an auteur in his originality, working greatly with cinematographers and art directors to produce an audio-visual sonata. The fact that these filmmakers first envisioned and pitched the ideas, and then actually captured them, is so impressive, and so beautiful. I still feel lulled into a euphoria when I rewatch clips on YouTube, or stream musician Labrinth’s soundtrack on Spotify. (YouTube and Spotify are the best-est platforms)

The series targets dark topics via rich character studies, and I believe that three core characters are Rue Bennett, Cassie Howard and Cal Jacobs – a protagonist, a deuteragonist, and an antagonist. There’s been much controversy over the saturation showrunner Sam Levinson has taken with these characters in Season 2, especially in contrast to his other complex characters, but I think this was done intentionally for the sake of what he was trying to preach.

It virtually goes unsaid to sing (or scream) praise at Zendaya, so I’ve decided to include Sydney Sweeney and Eric Dane to give her space. Because she’s probably exhausted!

Zendaya is unreal. The heartbreaking and wholehearted emotions that pour off of her expressive face are what may very well bring her to the Emmys, for a second win. She’s actually too good to be true, and considering how ruthless the Hollywood machine can be, it’s almost sad. Her delivery and timing are too empathetic and authentic as a teenager shattered by the death of her father, troubled by mental health issues, and addicted to everything under the sun, including toxic relationships. All the (drug-induced) spirals she falls into are depicted with pure, alarming realism, and gentle generosity.

Despite her humanity, I want to highlight Zendaya’s alien-like mystique. There’s a reason she’s a star in the Spiderman trilogy and Dune, atop of Euphoria, as she’s pierced the coating of the very-polished veneer that our Disney world exists in. She will surely sit alongside history’s greatest actors if she continues challenging herself.

My memory of the show is based on the end of Season 2, where ingénue Sydney Sweeney is also given more space to sparkle with her golden hair and emerging dexterity. I hope she is nominated for the Emmy for Outstanding Supporting Actress in a Drama Series this year, because she and her ghost-like character very-nearly stole the show – similar to her White Lotus appearance.

In terms of these characters, Rue and Cassie take a major thumping in Season 2. The pair interestingly interact onscreen rarely despite sharing the crux of the show’s themes: the terrors and devastation that can come with entering adulthood and exiting adolescence, especially in the Information Age.

There are specific moments which support my argument. In Season 2 Episode 1, when Cassie tearfully confesses to ex-boyfriend, McKay: “I don’t know if I’m a good person…”, my heart sunk. In Season 2 Episode 4, when Rue whisperingly confided in her father during a thunderous hallucination with musician Labrinth, “I’m sorry I let you down […], [because] I’m not a good person…”, I sobbed. In the same episode, when Nate tells Cassie in an argument that “[This] isn’t about being a good person…[it’s about: blah, blah, blah]”, I realised what the series, or Sam Levinson, was trying to say.

We could detect in these moments that, despite the struggle for Rue, Cassie and even Nate, all they – and frankly we – need is to be validated. Rue and Cassie were brave enough in their chases for validation to openly express their vulnerabilities to their loved ones, and Nate was, at the very least, honest enough to acknowledge how fatiguingly hard it can be to be ‘good’ in this world.

Another obscure presence in the show is Eric Dane, who casts a shadow as real estate mogul and master manipulator Cal Jacobs. Dane is near serpentine in this vampiric portrayal, and he displays the coercive control and acidic masculinity, yet wasted potential, of someone like Jeffrey Epstein. His manifestation of a flawed, traumatised patriarch is representative of many participants of the patriarchy which overrules our Western culture’s health, education and legal systems – especially in Australia and the USA. His acting as a figure which represents the dominance of manhood, and how silence can both create abusers and overpower victims, is great. I think he could deservedly score a nomination for Outstanding Supporting Actor in a Drama Series.

Although a 21-year-old, I am in the same age bracket as Zendaya and Sweeney and can absolutely relate my own story to their high school characters. I consider myself vulnerable to, even triggered by, their emotionally heavy experiences, and the New Year’s Eve slow-mo countdown sequence in Season 2 Episode 1 is a perfect example of this. This scene triggered me deeply in the sense of how intense it would’ve felt to be Jules, who is one of the biggest victims of the show.

Something that mustn’t go unsaid is that I don’t think Euphoria is introducing viewers to drug abuse, because drugs have spoiled us for thousands of years. The intensity of their abuse – the abnormal use, of drugs – in modern history has magnified, and although the series admittedly glamourises aspects of party drugs, it also awfully – or rawfully (new word) – documents how destructive drugs can be on users and their loved ones, in a way that viewers may only otherwise dangerously see in real life.

Drugs are what people like Nancy Reagan were unfairly disgusted by, because all of them are complex – and ironically in more household meals and doctors’ offices than on the streets. Many stigmas are associated with the dishevelled appearances and superhuman strength that ice and heroin users can exhibit, but party drugs and pharmaceuticals, like opioids, are actually worse in that their use is acceptable. If people want their children to not consume drugs, they should probably educate them with more empathy in the classroom and at home, to prevent addictions and overdoses. But as this just doesn’t seem to be happening, shows like Euphoria are being unfairly snubbed and ridiculed for their educational values.

Another series that surfaces this struggle is Dopesick (2021) on Disney Plus, with its visualisation of the subconscious complexity that enables addictions. Breaking Bad, The Wire and Ozark are shows that also display how vicious the drug industry can be, but Euphoria finds such influence in its narrative about the neglect people at large can put on childhood trauma, and the objectification of people in general.

It is for this reason I really encourage anyone to binge Euphoria and form their own opinions in comparison. The greatness of the show will swirl you between euphoria and dysphoria.

I’m especially excited to see where Sam Levinson takes and improves the show for Season 3. Other unexplored, or unfinished, characters in the series include Faye, Elliot and Ashtray, even Kat and McKay, who’s fates should all be clarified. There were moments of clunky dialogue, rushed storylines and unnecessary filler scenes, like Elliot’s song at the finale, that should be finalised or realised, but I did find this imperfection to be secondary to the great quality of the aesthetics and acting. I’m keenly awaiting more exploration of ideas and plot-holes that were lightly touched on – notably human trafficking, male homosexuality, and how optimistic, not just acidic, human relationships can be, so I hope justice prevails!