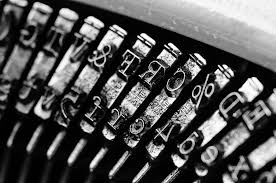 The moment you have all been waiting for – the line-by-line story created by this season’s Art Smitten guests IS FINALLY UNVEILED! Da da duuuuuum. Read aloud by Lauren Klein:

Starting line: Sitting in a crowded cafe, he checked his watch anxiously…

Omrane Khuder: He then noticed that his date was running late

Paul Knox, Hannah Vanderheide and Jorge Tsipos: He knew she couldn’t be, because of the thing they had discussed. It had been a long discussion with many twists and turns. As he pondered, he looked down into his hands and discovered something unusual

Damian Hill: His hand had tattoos encrypted in letters that he did not understand

Joel Gailer: That had was read and it picked up a terracotta brick

Simon Abrahams: It vanished into thin air before materialising in South Africa

Beng Oh: Deep underwater where it lay unseen for a good while, until it resurfaced one fine day.

Daniel Tobias: The electricity was felt in their big toe.

Emma Fishwick & Kyan Tan: So that we collectively reclaim the Earth

Defron (Kieron Byatt): Grain after grain until we feel like we belong

Lenka Vanderboom: She told me, she told me twice…why was it she didn’t want to go home with me?! Was this her excuse?

Rose Riley: Alas, it was the shoes

Andi Snelling: That would never fit any foot in the whole entire kingdom.

Gabrielle Savrone & Marcus Molyneux: These shoes were obviously bought from an op-shop. But it wasn’t just any op-shop, it was an entirely unmagical op-shop.

Christopher Brown: This disco was unlike any you had seen before. With a cranking sound system and a great lighting display, all the characters came into the centre and… felt good.

Georgia Moore: The disco was being held at Theatre Works Theatre in St Kilda and all the Federation University company of 2016 were really enjoying themselves as they were surrounded by the Addams Family. Wednesday was looking at Lucas, Morticia at Gomez. The rest is kind of history – da da da dum *snap fingers*

Kendall Jane Rundle: But I will be prepared to hold your hand and lift you –  so that you are comfortable and free to make triangles, circles and rectangles

Russ Pirie: And as you make your decisions, your choices will be celebrated and supported

Kyle Page: Just remember, the grass is greener where you water it the most

Callum Morton: Because the car is parked right next door.

Thomas Caldwell: I was immediately suspicious of the daschund behind the wheel

Scott Hollingsworth & Joshua Fielding: Simply because he was wearing a hat and smoking a pipe

Gabi Barton: He found it difficult to masticate the spaghetti that was already in his mouth

Declan Green: Riddled as he was with punishing anxiety about the hornets nest.