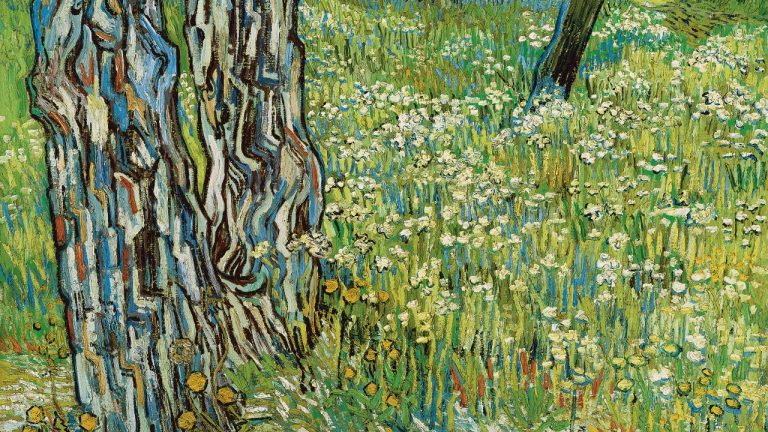 There’s something very romantic about going to an art gallery at night time, especially one as grand as the NGV. The high ceilings and wide open spaces are really beautiful. It would be really cute to take someone there on a date and afterwards get a hot chocolate and sit by the river, just a suggestion.

Van Gogh and the Seasons was curated by Sjraar van Heugten The exhibition begins with a short 9 min video detailing important points and shifts in Van Gogh’s life. I really enjoyed this part of exhibition, it was interesting and easy to understand. Then you walk into the next part of the exhibition, a narrow walk way the kind of zig-zags around, it had big blocks of writing to read on the walls, which made this part of the exhibition very congested and I found it hard to keep my attention on the text.

Next was a grey U-shaped room with Van Goghs early works.

Then it moves into the main event of his prints and paintings. The dull grey then turns into black and white with scrims in between sections. The artworks are split into seasons which they represent, soall the works that look summery are together in one section, the winter in their own section ect. To me Van Gogh is far from interesting in his style in comparison to today’s contemporary artists but acknowledging that he was experimental for his time is very important and this exhibition captures that importance very well. Due to his popularity it was incredibly crowded and hard to navigate, there was lots of text to read on the walls, a lot of people stood still to read these getting around was difficult, I would really suggest going at an off peak time so you can really take in the work.

There’s a number of bands playing at these events. I was lucky enough to catch Two Steps on the Water, a local group belting out emotionally charged folk punk. They really made the night for me. Most of the audience were sitting down in front of the stage which made the mood feel very gentle and kind. The music is nostalgic yet modern and June Jones voice and is ethereal, even at times when she is screaming into the microphone.

This exhibition recently opened on April 28th. The exhibition run until the 9th of July and is open on every Friday night until 10 pm, with live music, artist talks and food and beverages. It’s a great mix of old and new, highly recommended.

Tags: National Gallery of Victoria, Two Steps on the Water 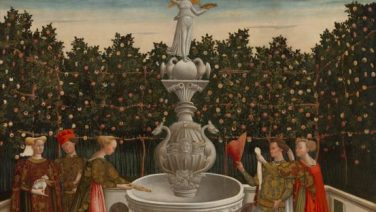 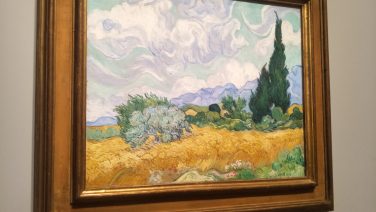