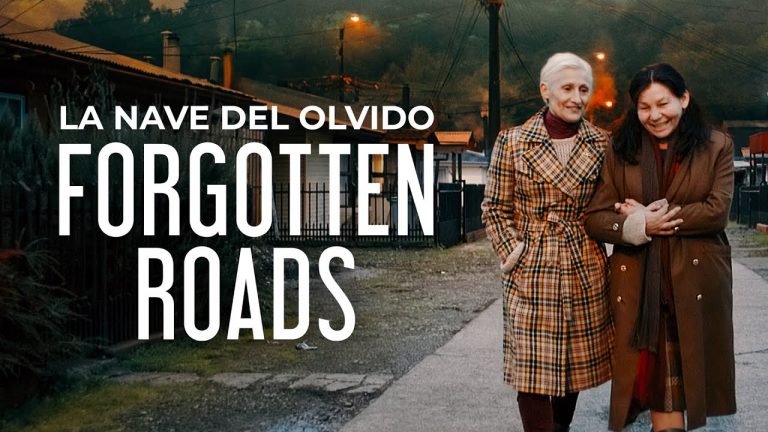 This review was done in collaboration with Loud and Queer which you can listen to on Sundays from 3-4PM on SYN 90.7FM or wherever you get your podcasts

In a world where the representation of queer love can often be restricted to younger generations, Forgotten Roads (La Nave del Olvido) is a charming film centred around a coming-of-age story at a time in one’s life where we are expected to have already made this journey.

In a small suburban town in Chile, 70 year-old Claudina (Rosa Ramirez) is still coping with her late husband’s death and moves into her estranged daughter’s home to make ends meet. The meeting of her eccentric and confident neighbour Elsa (Romana Satt) opens a new world to Claudina’s simple life that encourages her to explore parts of herself she long thought forgotten.

The film depicts an authentic side to discovering one’s identity later in life. Claudina’s journey of self-actualisation and her growing relationship with Elsa isn’t sexualised or treated differently by the camera’s gaze. Thanks to director Nicol Ruiz Benavides, the couple are cared for by the camera who, like any other couple, grow and develop their feelings over time through communication and understanding of one another.

In turn, this is displayed perfectly by the two leads. Ramirez portrays Claudina well to show her more closed off and steadily grow throughout the film to be not only happier with her sexual identity but her identity as an individual. Conversely, Satt is able to display Elsa’s eccentric personality, independence and caring nature seamlessly as Elsa opens her home and community for Claudina to become a part of. 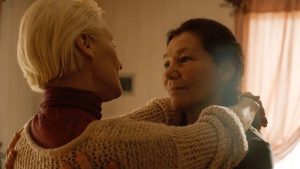 The conservative town within the film effectively depicts the isolation Claudina feels despite being surrounded by others. Like the mysterious alien lights plaguing the town, she feels isolated and unable to join society the way others expect of her. This is where she turns to the queer population hidden within the town, finding people to connect with and a place she can belong without fear of judgement. The juxtaposition of Claudina and the townsfolk that judge and demean her, serves to highlight the difference of how freeing she feels when surrounded by people – both young and old, LGBTQ+ and ally – that understand her and love her for her.

It is a refreshing sight to see an older queer couple represented on the screen. With how little this is often portrayed in media, it serves as an important reminder that being queer doesn’t stop after turning 35. It equally shows how discovering your sexual identity is not something that must occur when you are younger and can happen any time of your life.

Forgotten Roads is a delightful film that brings the viewers into a world that is still our own. One that suffers the same hardships of loss, love and acceptance but reminds us that people are human no matter their age. They can grow and learn new things about themselves at any time, and it is something to be celebrated.

Forgotten Roads is playing at Melbourne Queer Film Festival Together on 15 and 21 March. You can catch other LGBTQ+ films during the festival which runs from the 11-21 March