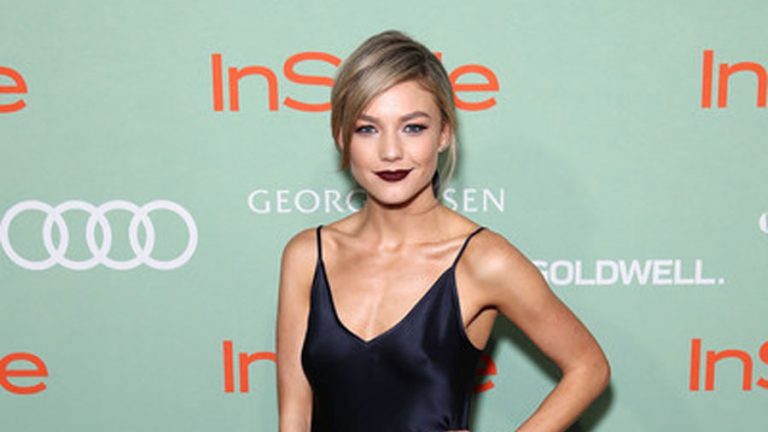 Sam Frost is in the running for a Logie, after making her acting debut in Home and Away earlier this year.

The Summer Bay babe has been nominated for the Graham Kennedy Award for Most Popular New Talent for her portrayal of Jasmine Delaney in the Channel Seven soap.

Frost will battle it out against co-star Sophie Dillman, who is nominated for the same award for playing Ziggy Astoni.

Thank you for all the kindness, love, support and encouragement 💫 such a wonderful honour to be up for a @tvweekmag Logie award. And it’s even better to be alongside a sister, colleague and a very beautiful friend @sophiedillman || #tvweeklogies Wearing @by_johnny Hair @headcasehair Make-up @miaconnor

The winner will be announced at the 60th annual TV Week Logie Awards on the Gold Coast on July 1.

While Frost is thrilled with her Logies nom, it hasn’t all been smooth sailing for the former Bachelorette.

Frost, who landed the role on H&A without having any prior acting experience, was heavily criticised by the public and fellow actors over her casting on the long-running show.

The model was slammed by trolls labelling her a “publicity stunt” for the show.

Frost, however, refused to sit back and take it, hitting back in an interview with TV Week.

“I can understand why people would say, ‘Hang on, isn’t that the chick from The Bachelorette, and now she’s going to be in Home and Away?'” Frost told the publication. “But people don’t see the months of gruelling hard work I did in the lead-up to it.”

“I didn’t get the role I originally auditioned for and had to go through the process again,” she added.