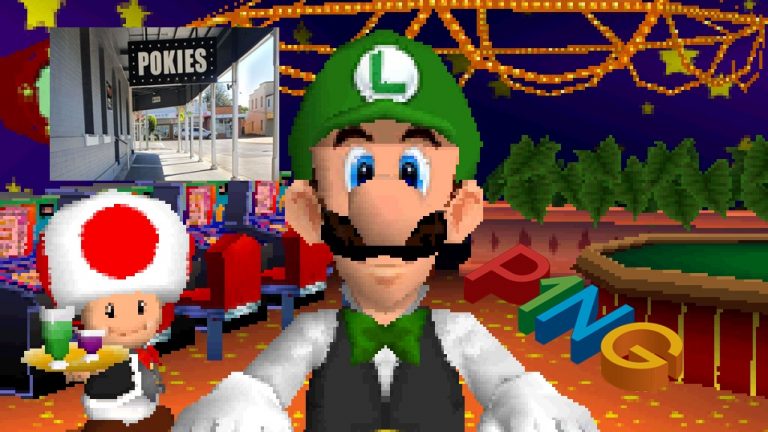 With casinos and poker machine venues shut due to physical distancing measures, one Victorian has found a novel alternative to his gambling habits: The minigames in New Super Mario Bros.

According to Mr Van Der Strom, his newly-acquired handheld console was purchased at the opportunity shop he frequents, where he usually purchases second-hand socks.

“It was an impulse buy,” he says with a wry smile.

“Funny thing is, if the pokies were still going, I wouldn’t have had the money to buy it.”

“The RSL was the only place I felt happy.

“But now that I have that Mario Brothers game to play, I’ve never felt happier!”

The former gambler adds that he feels a sensation similar to sitting in front of a poker machine when playing the three minigames in question.

“Pair-a-Card, five-hand poker and whatever that Memory Game is called are much like the pokies in many ways,” he contends.

“There’s the bright colours, the catchy music, the sound of coins whenever you win – it’s exactly the same!”

Of course, there is one major point of difference between a poker machine and New Super Mario Bros, that being you don’t use real money when playing the latter.

Spending cash on poker machines also happens to be the reason why our no-longer-chronic gambler makes his purchases at an Op Shop.

“Ah well – at least I can forget all my troubles when playing my DS.”

Although happy with his purchase, Mr Van Der Strom does lament the lack of Table minigames on New Super Mario Bros, and expressed to this author a desire for more to be included.

It was then put to the chronic gamester that another DS title, Super Mario 64 DS, includes a wide variety of betting minigames.

Since learning of this information, Mr Van Der Strom has pledged to save enough money to earn a copy of said title.