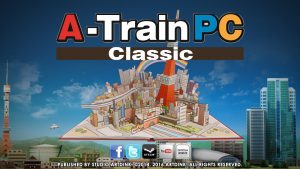 A-Train is a series of games from game dev Artdink, based in Japan. First published in
1985, the series is over 30 years old, however A-Train PC Classic returns to the original
with a PC port on Steam. The game is your ordinary top down city builder type, however
you run and lead a train company instead. The game has a very retro style due to its
focus on its origin base, and thus the controls and mechanics have aged as well.

The game heralds itself to be quite easy for a newcomer due to the tutorials, but the
main reason for this is because from what I played, the game is nothing but tutorials. To
start with, you can choose from a wide range of times to start in, from the 1960s to the
2000s, depending on what kind of trains and services you want to deal with. Thinking it
would be good to start from the earliest, I choose the 1960s. For the next hour i was met
with unskippable tutorials from a nice lady explaining everything i needed to know to run
a train company, from which i seemingly learnt nothing from.

When i decided I could probably play the game without assistance, I found that I
couldn’t choose a new time or place to play in, as the main menu just sent me back to
the current game I was in, with endless tutorials. Even deleting all my saves and
resetting the game wouldn’t do anything, so i stuck with word box after word box
explaining to me the financial situations of the train company in the 1960s. Apparently I
did a good job skipping through everything because my company boomed quickly,
becoming the leader in train companies and on time running speeds. My button clicks
to get to the next tutorials apparently did wonders in the train management world. 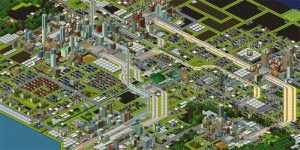 As much as it sounds like I’m rattling on about the shoddy mainframe of the game, I
must state that simulation and city builders aren’t really my forte, as hard as i try. There
are some parts about A-Tran PC Classic that I do enjoy too. If you grab one of the word
boxes and drag it around the screen you get the cool solitaire glitchiness double ups all
over the screen, which brought me back to sneaking onto my dad’s computer when i
was 6 to play street fighter. The music of the game was jamming as well, even though it
was clearly on the simple playlist function, as music slowly faded at times until there
was dead silence apart from the whistle of trains, until suddenly music came blaring on
again.

A-Train PC Classic is obviously not the game for me, but for those who love a good city
builder and want to reflect on the classics, this could be for you. The old timey music
and look to the game made me reflect on how far games have come over recent years,
as it feels like just yesterday that I was playing retro games like this one on my aged
PC. If you want take a stab at advanced resource management and make it past the
endless tutorials like I didn’t, A-Train PC Classic is available on steam now. 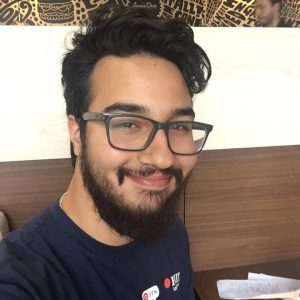