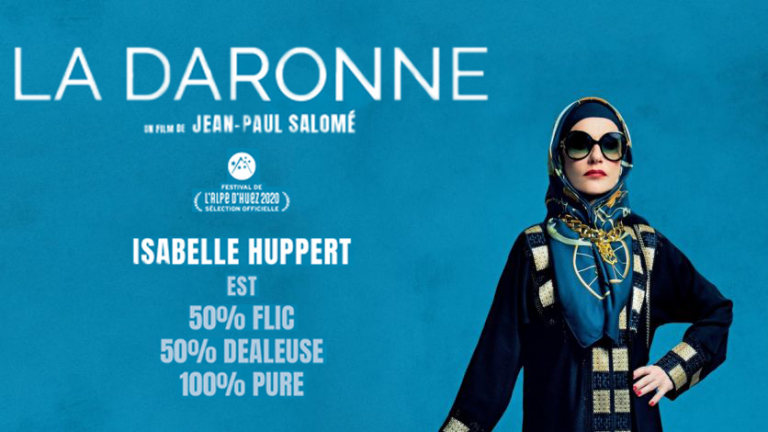 Directed by Jean-Paul Salmonè, The Godmother is a vibrant, cunning and clever film. Set in Paris, the film follows police translator Patience (Isabelle Huppert) as she begins to entangle herself with the wrong side of the law. After stealing a tonne of Moroccan cannabis, she begins to distribute it herself taking on the name ‘Mama Weed’. With the help of her two incompetent yet wholesome sellers Scotch and Coco-Puff, she begins to make a name for herself as a drug lord before gaining the attention of her own police unit. As they begin to investigate, her double life begins to catch up to her.

With the film’s name acting as a subtle nod to Francis Ford Coppola’s The Godfather, it similarly packs a punch at every corner. With a stunning cast featuring Hippolyte Giradot, Jade-Nadja Nguyen and Farida Ouchani. Isabelle Huppert leads the film and her quirky yet infatuating take on the role brings a charming element to film that would be sadly missed without her. Huppert is not only part of the film – she is the film. Her effortless grace, cunning charisma and petite stature only heighten the film as she becomes a number one target. 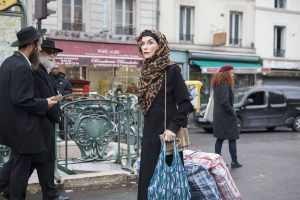 This film shows that whilst looks may be deceiving, it is undeniable Huppert’s acting brings the role to life and makes a mark on representation. Having an older actress playing an older character sells it in a new way as Patience seems feasible and realistic. The film’s strength lies in its characters and their relationships. Each is firmly developed and Patience is no exception. She is a mother, partner, widow, translator and drug dealer. This strong-female protagonist fits well into the action-packed genre which only makes you think why women haven’t been the lead in action films more often. The devious and cunning nature of her personality is firmly matched with her empathy and compassion as a woman and a mother, making her all the more complex.

This film takes a firm stance on female solidarity and empowerment, particularly between Patience and her landlord Colette (played by Jade-Nadje Nguyen). Colette takes on the role of helping Patience store the tonne of cannabis and launder money through her apartment complex. In a deal that is beneficiary to both, the two show the forced reliance of female resourcefulness and solidarity as they find themselves in troubling times throughout the film. Their chemistry is effortless and inherently humorous, bringing the necessary lightness to an otherwise serious film.

Whilst The Godmother breaks the typical conventions of an action feature, it is not one to miss. This film leaves you on the edge of your seat one second and bellowing with laughter the next. This reimagined take on the action film not only proves to be an entertaining watch, it also reimages the role of women in action films as being deserving of the protagonist role. This film is a must watch.

The 32nd Alliance Française French Film Festival runs from the 2 Mar-20 Apr, 2021. The Godmother will be showing in cities across Australia. You can catch it in Melbourne from 4-31 March