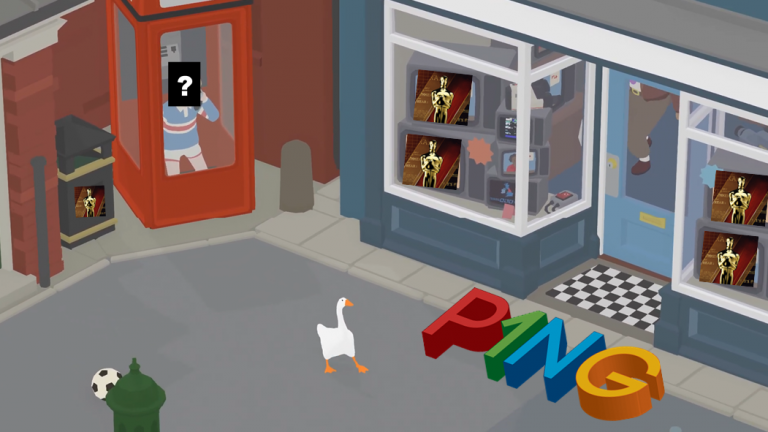 The telecast of the 92nd Academy Awards will be left without a host again after the goose from Untitled Goose Game locked the presenter in a telephone booth.

The unnamed personality was scheduled to headline the ceremony – broadcasting in Australia today – but had to abandon plans after being aggressively chased by the obnoxious waterbird, retreating to the safety of an unused payphone box.

Although the anonymous celebrity was too traumatised to be interviewed, P1NG did speak with the goose about the incident.

The Academy Awards ceremony – known colloquially as the Oscars – is the most prestigious event in the film industry, with winners considered to be at the pinnacle of their respective field.

This is the second year in a row that the ceremony has been left without a host, following the sacking of Kevin Hart last year.

Mr Hart was announced as presenter of the 91st telecast, but was forced to leave the role after a series of homophobic comments made by him surfaced on social media.

As for this year’s ceremony, the goose will be among those eagerly watching proceeding outside the window of the local television retailer.

It is hoping that Bong Joon-Ho’s Parasite wins Best Picture.