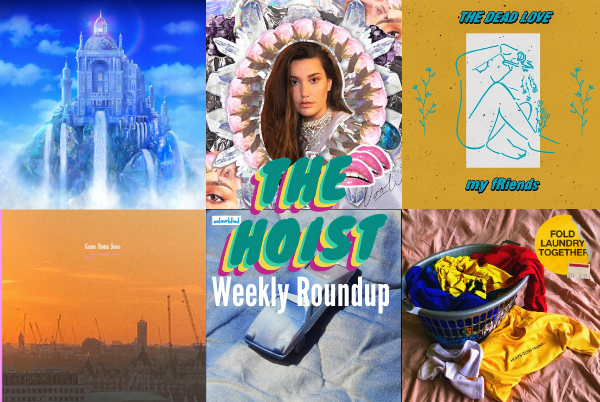 This is Hoist Weekly Roundup, where our team of local music lovers share their thoughts on their favourite local tracks.

2020 is Ninajirachi’s year. Blumiere is her second drop of the year and it already has people convinced (me included) that she is going to take over the world. It’s a taste of her upcoming ep of the same name scheduled for release next month. The track starts off as a glittery, synthy dream, not too different from your favourite nintendo game backing track. But in classic Ninajirachi style, the track drops into a glitchy and bassy punch in the face.

Doolie- It’s You Not Me

‘It’s you not me’ comes in as the second track on Doolie’s debut album ‘I hope u like my mixtape’ which dropped on May 8. The track opens with brassy, pulsing synths paving the way for Doolie’s euphoric vocals to glisten over the top of. ‘It’s you not me’ is an unpredictable atmospheric pop anthem which is, in my opinion, one of her strongest tracks to date.

This is only the third release from Sydney-based artist, MAY-A, but it has me wishing for more. Green is intimate and familiar backed up by warm and rich production. It’s crazy that this is only MAY-A’s third drop, because with the music she has already put out it’s clear that she is gonna be a household name in the near future. If you’re a fan of Ruel or Middle Kids then, trust me, you’ll love MAY-A.

‘Wide Open’ is a hearty, reflective drop from the Brisbane dream-pop duo Sunbather. The track is a sombre, bitter-sweet love story highlighted with its laid-back, hazy vocals and soothing , glittery guitar lines. ‘Wide Open’ sits like sunlight on the ocean, perfectly glowy and bright and just the right amount soothing.

Although not a particularly new track, I feel like ‘Come Home Soon’ deserves more recognition. ‘Come Home Soon’ is warm and personal, laying everything down, in a soft yet emotional way. It perfectly tugs at your heartstrings with its few yet poignant lyrics “saying goodbye broke my heart again, come home soon please”. It just makes me want to give someone a hug to make sure they’re doing okay.

It’s a no brainer, this track is a hall of famer.

The world has been a pretty dark place in 2020 so what we needed was a new release from Heaps Good Friends. Their cutesy candy floss sound complemented by Emma Fradd’s super sweet voice singing wholesome rhymes backed up by catchy synths makes everything that’s dark in the world every colour of the rainbow.

Listening to Heaps Good Friends gives me a feeling like i’m leaping over a marshmallow cloud on the back of a unicorn while drinking lemonade made by a fairy and Fold Laundry Together is no exception, from that first little “bup bup bup” that could be an acapella scene in Pitch Perfect 4 (not that I’d actually want this to ever happen) to the final “ba da da boom”, makes me sublimely happy and I would 10/10 fold laundry with the band.

If anyone else is like me and absolutely devastated that this weekend they will not be at Slowly Slowly as planned, fear not, the Adelaide four-piece who was meant to be opening the gig has given us the next best thing in the form of a new emo-rock release from a different band to bury ourselves in for the next week or ten.

This track kicks off with a super cool, fast bassline works its way up into a cruisey riff that goes heavier again at the chorus before launching into the most intricate little runs that are sure to get the foot tapping and the head banging (seriously, bring on October so I can see this live).

If you’re a fan of Slowly Slowly, Trophy Eyes or Dear Seattle, buckle up for a new musical journey and give this one some love.

Staying on a grungey theme but going a little grittier here with the latest release from this super versatile Sydney punk outfit Shit Tinnies (which is also one of the most Australian band names ever).

Fans of Dune Rats, Bakers Eddy and The Chats will enjoy fast, rolling riffs, aggressive vocals, crashing cymbals and shredding guitar solos in Town, which is the band’s first release since its debut EP last May.

It’s short, fast, loud, honest and is probably going to annoy your grandmother (depending what kind of grandmother you have) so put away all valuable items and crank this one up.

Toning it back for this next pick, we’re going for a cruise down soul lane with Natalie Slade’s latest release.

This song was absolutely made for classy yet effortlessly cool bars, with Natalie’s smooth, rich voice and bluesy bass line that puts a modern twist on soul, with RnB, jazz, pop and even a slight hip hop influence to the beats in this track.

Love Light is mature, earthy and full of emotional depth, without compromising on groove.

The Dead Love – My Friends

“I miss my friends and I miss how it used to be.” Ooft. Ain’t that the truth.

To top off your Monday Mates picks this week, I present you with My Friends, the latest, anthemic release from Sydney indie-rockers The Dead Love.

If the song itself isn’t enough, it features home recordings from DZ Deathrays, Hands Like Houses, Bakers Eddy, Teen Jesus and the Jean Teasers, the Lazy Susans plus more, to show no one is really alone despite being on lockdown.

This puts together a beautiful representation of music for what it’s all about in its simplest form, bringing people together and giving them hope in a time of hardship.

This song will be one of the things we remember when looking back on “that time we were all in iso” not the hard times. We’ve all got this. 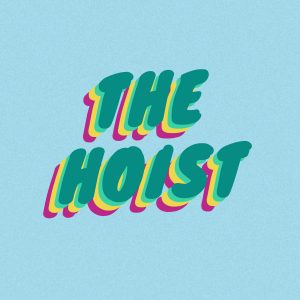