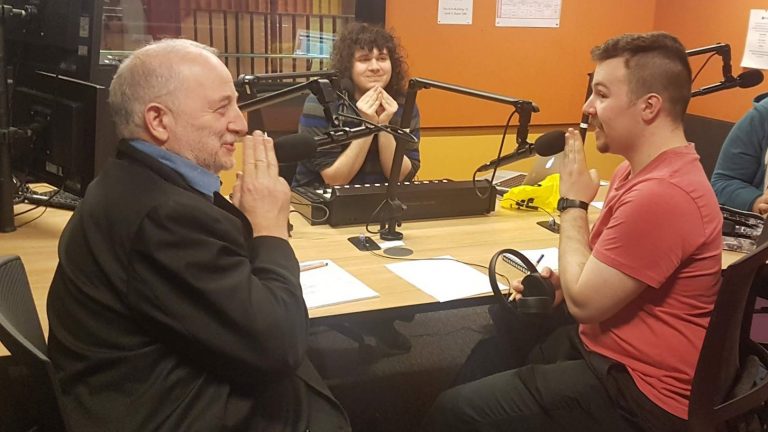 In this very special segment of Art Smitten, Marcie and Tom (pictured above, demonstrating how far one should be from the microphone) interview a formidable figure in community radio, John Maizels (on left) about the origins of radio broadcasting at RMIT University, the innovative programming he played a part in, working with analogue equipment and where he sees radio in the future.