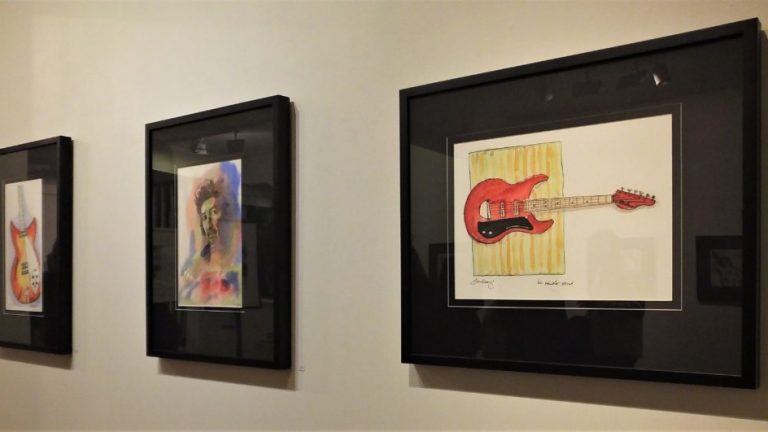 The late Jim Keays is best known as lead musician of the Australian rock band Masters Apprentices, famous for songs such as “Turn Up Your Radio” and “Because I Love You“. Less known is that Jim was also a fond painter, and a very talented one at that.

Jim’s wife, Karin Keays, is responsible for managing and curating his artworks, and came by the SYN studios to chat with Art Smitten‘s co-hosts Aurora and Tom about the latest exhibition of his work, The Boy From The Stars.

Jim’s artwork can be viewed in-person at the FAD Gallery in Coors Lane, Melbourne until June 8th. You can also see examples of his style on Karin’s official website: www.karinkeays.com