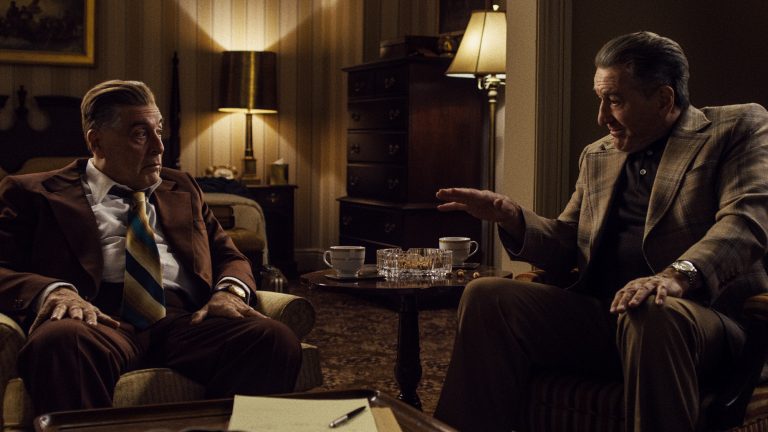 If Once Upon A Time in Hollywood (2019) was Quentin Tarantino’s love letter to a period of filmmaking that has long passed, The Irishman (2019) is Martin Scorsese’s love letter to the Gangster Genre and its pioneering figures that have helped forge his career.

Across the films long, yet warranted 209 minute runtime, Scorsese steps away from the boisterous and harsh tendencies that have characterised his past films like Goodfellas (1990) and Casino (1995), and he opts instead for a more soft-spoken and dialectically driven feature. It’s an interesting, but necessary direction for Scorsese to take the film even if it means that he has pretty much subverted a younger Scorsese’s approach to directing a Gangster movie.

With the likes of Hollywood screen royalty Robert De Niro, Al Pacino, Joe Pesci and Harvey Keitel not getting any younger (even with the affordances of de-aging technology), there is greater reason to enjoy the intimate moments between the actors on screen. De Niro plays Frank Sheeran, a frail and retired WW2 veteran-turned-mobster who is the centrepiece of the film and the character through which Scorsese navigates and traverses across the various timeframes that the film deals with (ranging from the 60s to the decades thereafter). During his retirement, he narrates a series of flashbacks from his younger days as he goes from being a truck driver of meat, to a hitman for mobsters —particularly for the big bosses upstairs, Russell Bufalino (Joe Pesci) and Angelo Bruno (Harvey Keitel).

The characters in The Irishman —while never lacking the demeanour that comes to be expected of Scorsese mobster archetypes —aren’t your typical mobsters. Sheeran is often caught in a moral dilemma that sees him “paint houses” (a figure of speech for whacking someone), but often at the expense of a growing rift between him and his daughter Peggy (Anna Paquin). To top this off, Sheeran forms a close bond with the ever outspoken and increasingly stubborn Jimmy Hoffa (Al Pacino) who lands himself in hot water with the big bosses and ultimately, on a hit list as he refuses to stand down from his position of authority. This bond allows Scorsese to delve deeper into the inner workings of a much more mature mob setting where power and toughness aren’t shown through action or spontaneous scuffles, but through the piercing stares across a ballroom floor and the subdued moments leading up to a hit.

Trust and the betrayal of it is a prevalent theme throughout the film and wedges the film into a confluence of storylines. Peggy is intrinsically drawn to Hoffa who to her is the paternal presence she longs for, while for Frank, Hoffa is the unfiltered and daring alter ego that he wishes he could be. In many ways, Hoffa is the obstacle that Frank needs to overcome in order to live up to his status. Russell on the other hand serves as the confidante who Frank confides in, and the film brings these disparate personalities into a tussle with one another and takes them to their breaking point where loyalties are tested. Initially, it makes for an interesting series of back-and-forths, but as the narrative progresses, the film evolves into arguably, Scorsese’s most despondent yet.

Pacino’s portrayal of Hoffa is about as Tony Montana and Lefty Ruggiero as Pacino has ever been, and if his recent Supporting Actor award at the 23rd annual Hollywood Film Awards is anything to go by, he will be a commanding force heading into Oscar season. Joe Pesci equally offers a stellar performance after returning to the scene following a 20 odd year absence from the big screen (with the exception of some minor appearances). Though more reserved than the usual exuberant, upbeat and fast-talking performances he has come to be known by, Pesci steals every scene he is in, and by holding back on the bad-mouthing, he is even more intimidating than before. 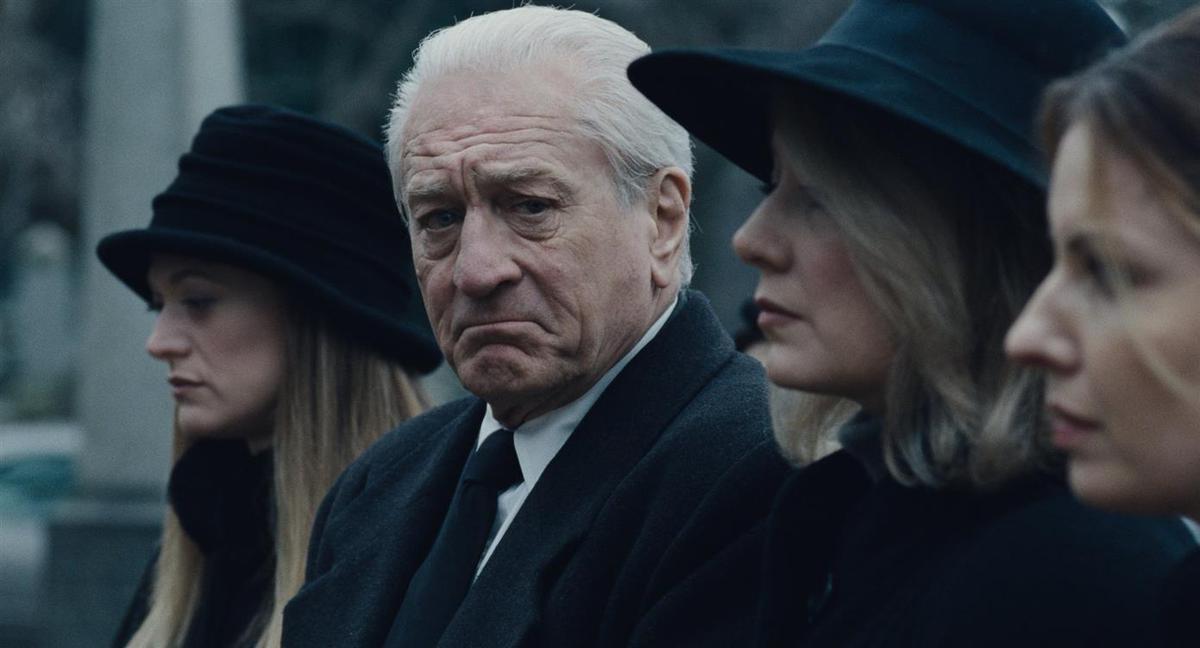 But what The Irishman most effectively does is find solace in knowing that, no matter how long the journey might be (both in its long runtime, and in the careers of Scorsese and its mature cast), time waits for no one and everything must end. From the opening tracking shot emerging from the dark shadows of a nursing home corridor, to the very same descent into the darkness of the corridor by the closing sequence — we end as we begin. For Frank, the choices he made and the ethical, mob code he stood by ultimately robbed him of the life he could have had, but Scorsese is too smart to treat this as a drawback. Frank ended on his own terms regardless of whether he felt indebted to those closest to him; he valued pride above betrayal, but he always kept the latter a glovebox away because not everyone has the luxury of choice — even if they think they do.

With its self-reflexive and often poignant approach to the Frank Sheeran story, Scorsese has managed to reflect on both his maturing career as a Director and that of his fellow collective who have shared the stage with him for its duration. From the riveting performances of the elite cast at his disposal, to the carefully constructed and toned-down treatment of a story that might have been more fully fledged had it been released years ago, Martin Scorsese has — if for a brief moment —removed Gangster movies from life support and has given them another day to live.

The Irishman is screening at Lido Cinemas and Classic Cinemas in Victoria before it arrives on Netflix on November 27.