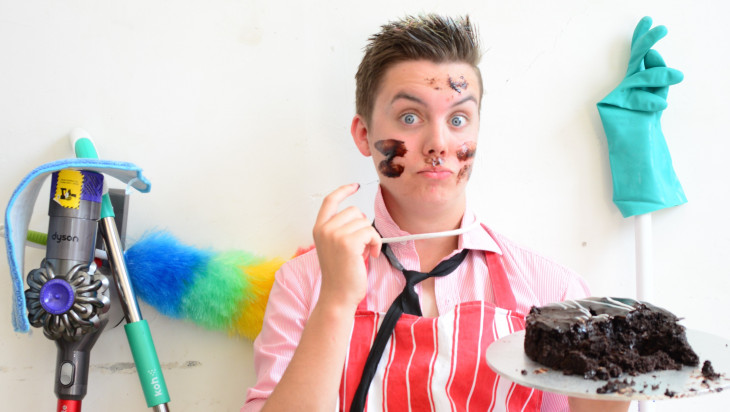 Taking place in the fairytale-inspired venue that was Storyville, Jai Cameron’s Domestic was a fun, dark dose of reality and its many simple pleasantries and peeves. With two successful comedy shows under his belt, his third displays how Jai has the experience to back up his performance and it shines through.

This dark comedy delved into Jai’s personal life from the joys of finally getting married and living with his wife through Covid to the struggle of therapy and appeasing his passive-aggressive therapist, Carol.

As a 16+ event, Jai was unafraid to delve into personal topics to draw his material from. He connected with his audience through his experiences and rarely made them feel isolated. Ideally, the show appeals more to a young adult audience but is still fun for anyone over the age requirement. There were topics that were easy to relate to and take a joke out of. Moments when he would discuss things like the wonders of Aldi, you could say, “Yes, I relate to this,” and laugh with him.

Even when the show took its turns into more mature humour that earned its age rating, Jai still kept the show lighthearted and enjoyable. There was rarely ever a moment in the show where I was utterly silent and hardly a dull moment that was quickly overtaken by another joke. Watching Jai unpack the trauma of being left behind in a parking lot at the age of 3 shouldn’t have been as funny as the sentence makes it sound. Yet my sides ached from laughing as he told it, along with the rest of the audience.

Jai has a unique way of capturing the usual awkwardness one might feel to be on stage talking to a crowd and turn it into a joke at his own expense. It helped him to carry through the rare moments a joke didn’t stick. He was never ashamed to be discussing the embarrassing moments in his life and how they shaped him moving forward into the person he is today.

The time I saw the show myself was especially enjoyable as many of Jai’s work colleagues were in the audience, and even he was able to admit that it made even him feel embarrassed to talk about personal topics like his sex life. It felt human and was something the audience took a great laugh out of. He made the show feel incredibly personal. Like no show would ever be the same as the last. Even when making jokes about sticking to his script of topics, it felt like the first time he ever told the joke.

Jai combined just the right blend of light and dark humour to give an honest yet enjoyable show that will leave your sides hurting from laughter. He knows his comedy style and works to bring his audience together. It leaves me excited to see more from him in the future.

The Melbourne International Comedy Festival runs from 24 Mar-18 Apr, 2021. You can catch Jai Cameron’s Domestic this weekend, 17 and 18 April