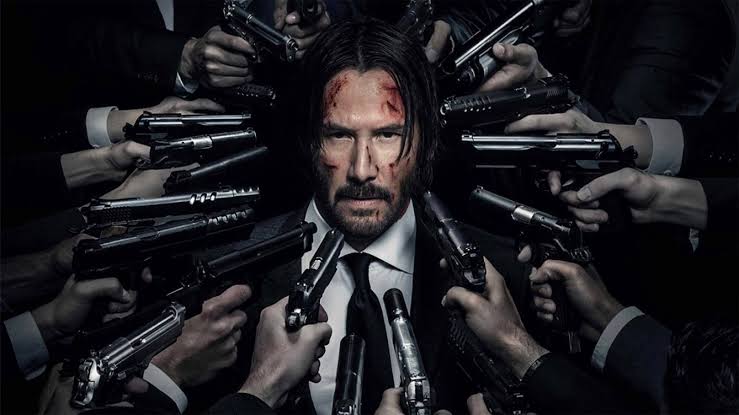 “You have no idea what’s coming”

John Wick broke the rules and with that comes consequences. Lots and lots of them. In its most brutal, confident and unforgiving instalment yet, John Wick: Chapter 3 – Parabellum completely reinvents the franchise while preserving the best parts of its predecessors.

Taking place immediately after his second outing, Wick has one hour before he is excommunicated from the mysterious international assassins’ guild after killing a man on Continental Grounds. With a $14 million bounty on his head and every assassin in New York trying to kill him, Wick looks for a way out of the city to free him of this burden and reunite with his dog.

Keanu Reeves is back as the sensible assassin with style. He returns with the charming Ian McShane, stoic Lance Reddick and hilarious Laurence Fishburne. New to the franchise – but not to Hollywood – are heavy-weights Halle Berry, Anjelica Huston and Jerome Flynn. The chemistry within this cast is undeniable. Performances by Asia Kate Dillion and Mark Dacascos are should be highlighted as their minor characters steal scenes left and right.

Enjoyment within this film relies heavily on how much you can suspend your disbelief. From the narrative to the dialogue, performances to the fight choreography; it’s completely absurd and non-naturalistic. While this should be a deal breaker, it’s the exact reason Parabellum is marvellous. It knows what it’s doing and what it wants to achieve. Director Chad Stahelski amps up the visual style with every frame being vibrant and lively. Sound design makes the world incredibly vivid while the music (or lack thereof) adds to the growing tension. The film has its quintessential action sequences but also continues to unravel the complex world John Wick inhabits. The confidence of the writing (from Derek Kolstad and Shay Hatten) and masterful performances makes it so the words that come from the characters’ mouths are the gospel truth.

This is not to say some elements of the movie aren’t without fault. John Wick is best when the situations are kept clear and simple. Unfortunately, Parabellum complicates itself with unnecessary plot points and characters which slows the pacing required in thrillers. The fight scenes are no let down but when Wick is faced with scores of poorly trained enemies, it’s not very compelling. It’s even worse when these fights go for an extended period of time. It is far more interesting when his back is to the wall and the audience is left guessing whether he will make it out alive.

Stahelski hasn’t made the same film thrice. His third endeavour is merely the logical step forward for the John Wick franchise. The previous entries have allowed for this film to embrace self-awareness and absurdity. With the style of neo-noir, madness of Kung-Fu cinema and intelligence of the thriller genre, John Wick: Chapter 3 – Parabellum might take us too far down the rabbit hole but it has so much fun doing so you can’t help but enjoy it.