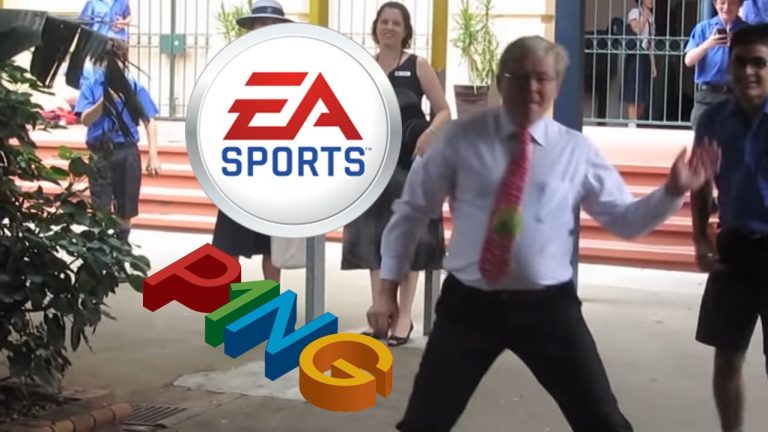 EA made the announcement today via press release, indicating that Mr Rudd would grace the cover of Handball 2021, the first in a planned series of games focused on the competitive sport.

In said press release, the Chief Operating Officer of EA Sports, Daryl Holt states that Rudd is the perfect choice to headline the upcoming game.

“In my mind, there is no better person than Kevin Rudd to be the face of Handball 2021,” Mr Holt says.

“He is the most high-profile personality to ever play handball, and the passion he shows for the sport is incredible.”

Mr Rudd also expressed his pleasure at being the Cover Star in the very same press release.

“I am incredibly humbled by Electronic Arts’ decision to choose me as the person to promote Handball 2021,” Mr Rudd says.

“My personal hope is that my likeness can help the sport to reach new audiences.”

Handball – which is also known by the names Downball and Four Square – is a popular pastime of school children in Australia, with many lunchtimes spent seeing who would emerge victorious.

It remains to be seen whether the sport’s popularity can be mirrored in other countries, or whether Mr Rudd’s face will even be recognised.

A release date for Handball 2021 is yet to be revealed, though it is expected to be launched in the fourth-square of this year.