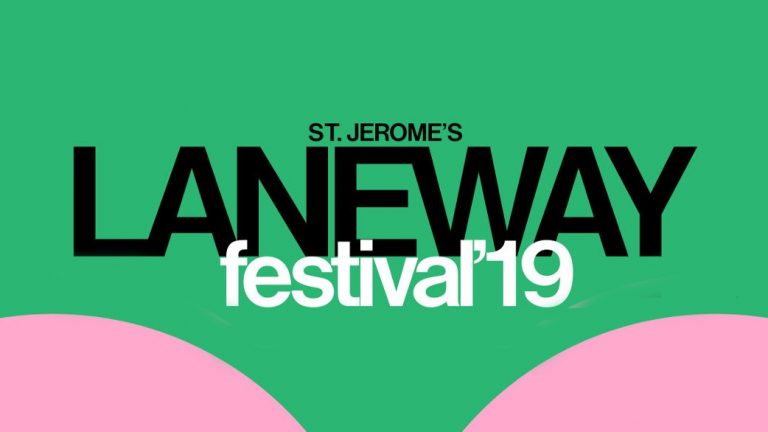 Content Warning
This review mentions sexual harassment, assault and racism. Helpful hotlines include but are not excluded to:
Lifeline: 13 11 14
Kids Helpline: 1800 55 1800

Gday, fellow festival lovers. Let’s have a chat about the 2019 Melbourne leg of Laneway Festival, shall we?

Laneway Festival was born in 2004, following the idea of St Jerome’s bar owner, Jerome Borazio, of starting a ‘Summer Series’ of Sunday gigs. With the help of Borazio’s friend, and Laneway co-founder, Danny Rogers, this exciting cultural initiative grew and grew, until the first official Laneway Festival took place in Caledonian Lane, 2005. The original lineup consisted of huge names such as The Avalanches, The Presets, and even the UK’s own, Lily Allen.
(More history can be found at this link: https://melbourne.lanewayfestival.com/history/)

14 years on, The 2019 Melbourne leg of Laneway Festival took place on Saturday February 9, at Footscray Park, on the land of the Woiwurrung and Boonwurrung tribes of the Kulin people. This marking the fourth leg of the festival for the year, I know I was certainly eager to see the wonderful acts set to perform.
(More Aboriginal history in the Maribyrnong area can be found here: https://www.maribyrnong.vic.gov.au/Discover-Maribyrnong/Our-history-and-heritage/Aboriginal-Maribyrnong)

This was my first ever Laneway Festival, and it was rather exciting to experience first hand the change of venue from the Footscray Community Arts Centre to the spacious and tranquil Footscray Park.

The lineup was made up of many local acts who have quickly become valued staples of our music festival scene, such as hip hop superstar, Baker Boy, scintillating rocker Courtney Barnett, the team from Gang of Youths, and of course supergroup, Camp Cope. However, Laneway also had many up-and-coming acts who made the most of the platform offered to them this past Saturday.

I began my day thoroughly enjoying the prodigious musicianship of 19 year old, Ravyn Lenae. As I approached The Future Classic Stage, her heavenly vocals were soaring, delightfully enveloping her surroundings. The singer-songwriter from Chicago has captured the ears and hearts of many RnB/neo soul fans around the world, racking up a portfolio of irresistible songs such as, ‘Free Room’ (ft. Appleby), ‘Sticky’, and her collaboration with The Internet’s own, Steve Lacy, on ‘4 Leaf Clover’. These tunes, and the release of her 2018 The Crush EP solidified an intrigued and loyal following for Lenae, a fan base whose presence was most definitely felt at her side show at The Howler, Brunswick, on Wednesday, February 6. Lenae ended with ‘Free Room’, with her ear-tickling falsetto thrilling the crowd and evoking jazzy, scat-like nuances. Lenae has a charming gusto about her – as she modulates and plays with her voice on stage, she goes to new and ambitious heights, and one can only be impressed. She was accompanied by her fantastic live band throughout her set, easing the crowd’s worries of the ominous grey sky above, and providing a performance of bar-setting standard.

Speaking of bar-setting performances, local group, Camp Cope, delivered an exceptional set, musically and politically. The trio made up of Georgia “Maq” McDonald, Kelly-Dawn “Kelso” Hellmrich, & Sarah “Thomo” Thompson, strolled onto the stage, sporting really fun outfits that sparkled brightly for their keen fans. If you need more clarification in terms of their wicked fashion, think along the lines of ‘calisthenics-chic’. They kicked things off with ‘Jet Fuel Can’t Melt Steel Beams’, a telling song that was bluntly prefaced by Georgia Maq as being “about hating cops”. The self-managed group rocked hard this Saturday afternoon, with ‘How to Socialise & Make Friends’ marking another crowd pleaser of a bop. Their late afternoon set was musically quite calming – I enjoyed a good catch up with a friend as we appreciated their music. However, the trio also stuck it to the man as they provoked important discourse about sexual assault, and racism in Australia. Firstly, they reminded the crowd of the safety hotline 1800-Laneway they established a few years ago, and rightly appealed to the men of the crowd to re-evaluate their own behaviour and call out their mates on any unacceptable, sexist behaviour. Another noteworthy point was that Camp Cope were also the only non-First Nations act whom I saw make an acknowledgement of country. This echoed their efforts to circulate a petition to end black deaths in custody. Ultimately, these three talented musicians, and powerful activists, are setting a stellar example for the non-First Nations people in our community.

Moreover, it was more than disappointing to learn that there were still instances of harassment reported this year at Laneway. One disrespectful festival goer in particular was called out by singer-songwriter, Emily Wurramara. More information regarding this affair can be found on Wurrumara’s Instagram page here: https://www.instagram.com/emilywurramara_official/

Although it’s devastating such injustices are still occuring, especially at events such as music festivals where everyone is supposed to have a good time, it is encouraging to see many strong women like the gang from Camp Cope, Emily Wurramara, and Thelma Plum standing up to these offences. It reminds us that the time is up for such behaviour, and we’re all responsible for creating a brighter tomorrow.

During her set, Courtney Barnett welcomed Georgia Maq back to the stage where they strikingly jumped into, ‘Nameless, Faceless’. I’ve gotta say, G. Maq rocked her hips to this song with worrying vigour, but it only added to the performance – the duo really shone on stage together. Georgia also took a moment to bow down to Barnett as she shredded a mad solo on her guitar. It was so thrilling to see these two conquer the stage.

In the early afternoon, the LNWY.CO stage featured an acknowledgement of country made by Uncle Larry Walsh. He spoke eloquently about the “rich Aboriginal history” of the area. He continued on to affirm that “our history has been about all of us… so is music”, and galvanized the crowd as he admitted “just to let you know, I’m here to see Baker Boy”. Baker Boy’s performance was as electric as ever and showcased the masterful flow of Dallas Woods, and brought up-and-coming star, Kian, back to the stage for a party for all to enjoy. Baker, who wore a gold jacket, owned the stage as per usual, rapping, singing, dancing, playing the didgeridoo, and engaging the crowd like a seasoned veteran.

Other local acts who delivered outstanding sets include local gals, G Flip and Ruby Fields. G Flip endearingly spoke about how Laneway was her first ever festival as a punter – this openness allowing the crowd to feel more deeply connect to her heartfelt music. Ruby Fields was effortlessly cool, ending her set on ‘Dinosaur’ with her guitarist jumping on top of the drum kit, a wicked finale.

International act, Smino, seduced us with his rhythm and encapsulated similar jazz-like vibes to Ravyn Lenae, an artist with whom he’s interestingly collaborated before, most notably on track ‘Glass Flows’. Smino had myself and the rest of the crowd peacefully immersed in his music, swaying and dancing, taking in the moment. It was quite funny that as he told us to open up the mosh at one point in his performance, he began to play a very sexy song that I didn’t think matched the context of a mosh pit at all. Albeit ironic, I was on the outer edge of the crowd so I just looked on and appreciated the soulful music for what it was. He was also joined on stage by phenomenal local singer-songwriter, Kaiit. Hailed as “Erykah Badu’s down under love child”, she’s known for her songs such as ‘OG Luv Kush pt.2’ and ‘Natural Woman’ – her 2019 work is eagerly awaited.
(http://www.altmusicgroup.com.au/artist/kaiit/)

The lineup of Melbourne Laneway this year impressed greatly and was a tremendous day. I ended my night taking in the beats of musician/producer, Jon Hopkins, whose mesmerizing celestial images on the screen behind him awesomely complemented his music.

I ended up leaving the festival about half an hour before completion – not because I had had enough, but rather because I was already deeply satisfied with the talent I had been able to see. In the end, I contentedly walked out of the festival without the distraction of a bustling crowd, enjoying a kebab, and taking in the soothing sounds of headliner, Gang of Youths. The group have secured numerous high ranking spots on the Triple J Hottest 100 vote over the past few years. 2017 was their most notable year to date, with three songs from their album ‘Go Farther in Lightness’ all appearing in the top 10. Such formidable statistics prove the respect and immense popularity the indie rock group enjoy. Indeed, the Melbourne leg of Laneway Festival 2019 drew to a close with fans revelling in great music, internation and local – true to form.