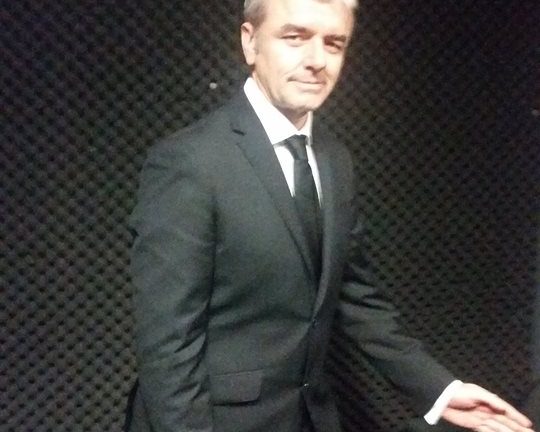 Could Herald Sun film reviewer Leigh Paatsch be the best dressed man to ever grace the SYN Studios?
He joins Dylan as this week as the Society High Flyer on the Leach on Society podcast.
They speak about the tragic death of Robin Williams, best and worst films he’s reviewed, what it takes to be a film critic, is it ok to go to the movies by yourself, just what is the best cinema in Melbourne and even more stuff.
Also in this episode Dylan speaks to The Age/Sydney Morning Herald Canberra journalist James Masola about the week in federal politics in light of Joe Hockey’s claim that poor people don’t drive that far or not at all. Is it one of the worst statements ever said by a politician? We say yes, yes it is.
And with the show blowing its entire budget on correspondents from America, the World Cup and Europe we debut our Bendigo correspondent Felicity Eva. Much to the dismay of Ballarat. So much seems to be happening up in central Victoria and it fits within our budget.

So sit back, listen and absorb the all round excellence of the show.
It’s simply another amazing edition of the Leach on Society podcast.

Song:
Dreaming Of You
Artist:
The Coral