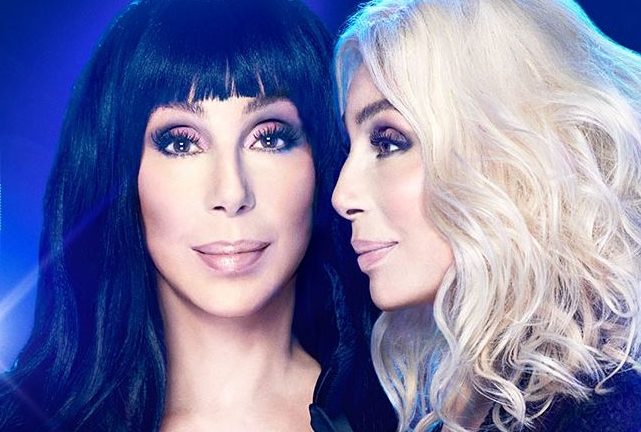 How do you begin to unpack Cher? After a career spanning SIX decades, every generation has their own distinct, iconic Cher to cherish. It’s a generous offering too – from Sonny & Cher, to talk show host Cher, to actress Cher, to cannon-riding Cher, all the way to my generation’s infatuation with Twitter-Cher. It’s a true testament to the versatility of the entertainer behind it all; Cher has always commanded any and every platform of whichever era she finds herself in. And quite amazingly, the age-diverse audience at Rod Laver Arena got a taste of all of it on Wednesday night.

RLA was packed for the first of Cher’s three Melbourne shows. DJ Andrew McClelland warmed up the eager crowd with a set of icons including The Jackson 5, Elvis Presley, Diana Ross, Beyonce and somewhat ironically, Madonna (feel free to look up Cher’s recent comments on that front). Hearing these icons one after the other makes you appreciate the gravity of the fact that Cher is the only act to have had a number one single on a Billboard chart in each of the last six decades. That means that each of those artists (and many more) have been her contemporary at some point.

It’s fitting then, that as the curtain crashes to the floor, Cher is hoisted on a platform in the air dressed as a gladiator with a huge orange wig (don’t worry, I’ll keep you updated re: wigs). Within minutes, the thousands packed into RLA were beaming to not one but two empowered choruses championing their own strength. Opening with two of her finest dance-pop, up-tempo numbers ‘Woman’s World’ and ‘Strong Enough’, it’s made clear very early why Cher is a cultural juggernaut to so many. She’s been a beacon of strength and inclusivity for what has felt like forever. We’re feeling strong, loving ourselves sick and primed for the full Cher experience.

After that opening number, Cher left the stage for the first time and left us with this reminder: “I’m 72 and not too long ago I did a five-minute plank… ‘cha-ching’… What’s your granny doing tonight?”

In no time, Cher appeared back on stage in sparkling, vertical striped flares surrounded by mini skirts and jump suits. The arena seemed to be leaving Mardi Gras for a second (I’m sure we’ll find our way back) and heading to Woodstock. Cher told us that she thought about doing the next song for a long time but was always apprehensive because she was unsure of how it would ‘work’.

A montage of a recognisable couple appeared on the screen; they were young, in love and immortalised in black and white. They also happen to have sold over 40 million records together.

Sonny and Cher’s ‘I Got You Babe’ started to ring throughout Rod Laver Arena. The deceased Sonny Bono’s half of the duet was projected in black and white onto a screen directly behind Cher. While Cher sang along to Sonny’s recording, a montage of their time together continued to roll. These two had so much spirit. They really were a great pair.

(Wig update: black, long and slick with a small fringe.)

It’s been a staggering 13 years since Cher last toured in Australia. You wouldn’t blame her to bank on her previous successes either, yet each tour still serves something uniquely appealing. Her latest reinvention as ABBA-Cher has already started to recapture yet another generation of fans. After a quick-change, Cher skipped out to ‘Waterloo’ sporting a silver jacket and an ABBA scarf hanging from her hip. This combination would have seemed unimaginable only a year ago but after her scene-stealing appearance in Mamma Mia! Here We Go Again, Cher’s 26th studio album, Dancing Queen is a body of covers that makes perfect sense. Her rendition of ‘Fernando’ received the biggest response, partly because she recreated bits of the scene in which it was originally performed in the film. Cher also performed ‘SOS’ to take the ABBA smash-hit count to three.

The night was coming to a close and Cher certainly saved the best till last. She brought it home with her two biggest hits back-to-back and her most iconic look. This wig needs no introduction, dressed straight from the film clip, ‘Turn Back Time’ got the arena on its feet from the first note and ‘Believe’ kept us all there till the lights were switched on. For what has been announced as the final time for Australian fans, the unmistakable contralto boomed to a euphoric finish. In just under two hours, the audience traversed decades through costumes, sets and hit after hit. It was clear that we were in the hands of a pro that has seen, done and lived all of it.

In her own words, Cher’s drive to keep touring and releasing new music is simple, “Because one day I won’t be able to”.

What a gift it is to see a legend at work.