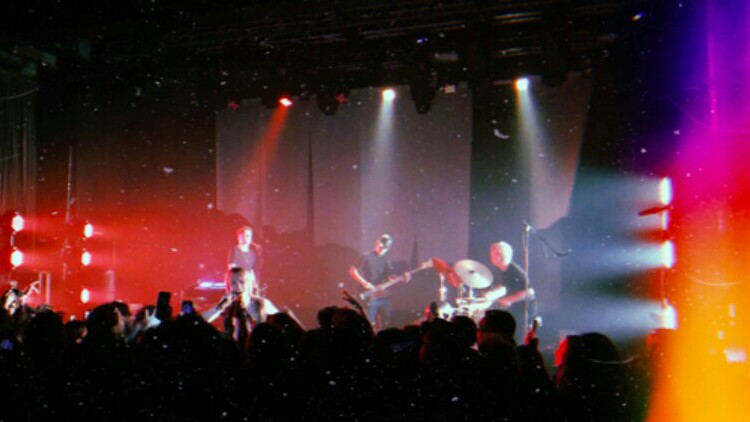 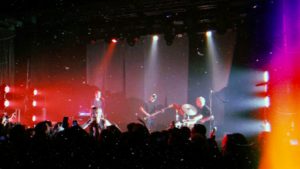 Smashing glasses, surfing the crowd and being extremely gracious were the sugar and spice MØ brought to her first headline show in Melbourne at 170 Russell. One of the many sideshows from the Groovin In The Moo 2019 festival line up, both MØ and Duckwrth gave an electric and generous performance.

Sharing the stage with MØ and kicking off the night was LA based musician and accomplished artist Duckwrth. The enthusiasm and commitment to his art was a force to be reckoned with, bringing strong 808 kicks and dirty guitar riffs all neatly layered with trap, soul, funk and electronic markers. Donning an orange jumpsuit that was perfectly contrasted by the purple glow and fierce red lighting, the music and dynamic nature of Duckwrth’s performance was amplified incredibly. Duckwrth’s aesthetic both lyrically and visually reflects his ability as an artist to merge different music genres into one space and deliver a well executed package. His grooves and dancing certainly place him alongside other contemporary RnB and hip hop musicians such as Anderson Paak, Goldlink and Buddy.

The set was packed with unreleased material from his forthcoming EP The Falling Man. Love is Like a Moshpit, made the crowd go wild, King King – a dedication to late rapper Nipsey Hussle and Soparno all gave the audience a special insight into what they can expect on the new release. Familiar tracks from 2017 album an XTRA UUGLY Mixtape certainly hyped up the room, in particular master track MICHUUL, TAMAGOTCHI and BUMMER/2BUCKS. The cherry on top of a phenomenal support act was THROWYOASSOUT throwing the audience into a wild groove.

Though not considered to be in the same genre lane as MØ, Duckwrth brought the funk and energy needed to hype the crowd for MØ.

What can only be described as an eccentric homage to Sporty Spice (MØ is a known Spice Girls fan and covered Say I’ll Be There back in 2014) wearing track pants and a broad brim black hat, the Danish pop sensation made quite the introduction with a striking entrance against palm tree shadows. With smoke machines filling the stage through the first set of songs, a warm summer feeling washed over the room as MØ brought us into her Neverland.

The iconic reverb and the dreamy synths intertwined with her vocals shimmered around the room. The interaction MØ dedicated to her audience was sublime, as she thanked everyone throughout the night for being there, especially with other major artists playing in Melbourne the same night. The use of shadows, projections and silhottels were tasteful and gave more elevation to the hooks and melodies of her songs. MØ was poetic in her movements with her body language emphasizing her lyrics. Last year she released her second album, Forever Neverland, a homage to eternal youth and the resistance of adulthood. The album and live experience go hand in hand. MØ is intriguing and off beat. Many of her biggest hits have been features on other artist’s music but this album and headline show proved that she wasn’t and isn’t just someone one you can lean on – she will carry you. Her set was well curated, featuring 2017 singles Don’t Leave and Nights With You, old favourite Kamikaze, Major Lazor’s Lean On along with new favorites Beautiful Wreck, Nostalgia and If It’s Over (with a foreword about hating cheaters and thanking Charli XCX for lending her vocals on the track).

MØ took incredible command of the room. A highlight from the show was MØ walking through the crowd while singing Red Wine until eventually taking over the space in front of the mixing desk at the back of the venue. She smashed a glass, danced then serenaded us with slower ballads – a beautiful contrast.

The night overall was a shimmering kaleidoscope of her alt pop repertoire and visible ability to make a large venue feel like an intimate experience. Her offbeat nature made her relatable and her energy was fascinating to behold. It was only fitting to end the night with Final Song, surfing the crowd and driving them into an anthemic chant.