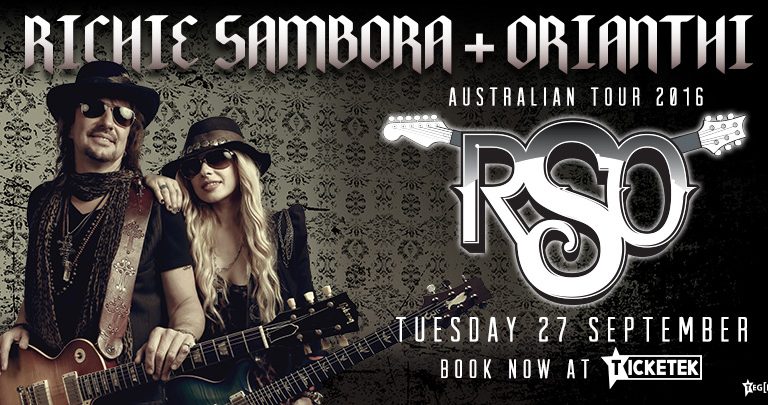 I hate to say it, but the word going round is true. Performing as RSO, Richie Sambora and Orianthi’s Melbourne show was an absolute letdown. It was sad even. They were going for a ‘70s/’80s style rock ‘n’ roll show, with improvised guitar jams and old school covers.

The problem wasn’t the backing band and it wasn’t Orianthi either. No, the issue was Richie. For his loyal paying audience, he didn’t showcase his best performance. To make matters worst…well let’s go through them.

First of all, he was scheduled to come on at 9.10pm, and they were nearly an hour late. Finally taking the stage – while angering everyone taking Tuesday night public transport home for their Wednesday morning jobs – Richie and Ori began with Livin’ on a Prayer, and boy, was it awkward. It was stilted, like it hadn’t been rehearsed. It was a karaoke version of one of the world’s most beloved songs. Singer Vince Neil, formerly of Motley Crue, is notorious for skipping words during songs in recent years, and Mr Sambora unfortunately put himself down to that level.

Then there’s the setlist in general, featuring just far too many covers. Four may not seem that many, but they only played 13 songs, most likely a consequence of the late start. Why four covers instead of a wider range of Richie Sambora’s solo stuff, Orianthi’s material or another Bon Jovi classic? We only heard one track from Richie’s solo records, and he butchered the vocals. Another strange choice was ‘Black or White’ by Michael Jackson. If they’re going to skip the second verse and chorus, and just replace the rap parts with a jam, why even bother? Why not do ‘Beat It’ instead? Finally, if Richie and Ori are promoting their upcoming album, surely they would have at least one original track to share with us?

Our homegrown Aussie superstar Orianthi was in fine form, thankfully. It almost seemed like she was trying her best to save the show when Richie faltered. She did a few of her own songs and it sounded incredibly tight. Something was missing though…a second guitar! During Orianthi’s solo stuff, Richie was either taking a break off-stage or shaking the maracas.

No, seriously. Arguably the greatest axe duo alive today don’t even perform together it seems. I thought that the reason these two got together – musically and romantically – was because of their weapon of choice. They are both great singers sure, but are widely known for their guitar playing. Richie wasted his talent and took away from Ori’s material by not backing it up with rhythm guitar playing. That’s not rock and roll.

A few things were out of their control. The lighting was shocking, and the sound wasn’t great. The venue was rather small and it was seat only, no floor. That makes it hard for punters to really get involved, but a better live show certainly would have helped.

It’s sad because I saw Richie and Ori a couple of years ago at the Espy, which you can read about here, and it was a terrific show in a small venue. It was real rock and roll. I am hoping that this was just a bad night for Richie, because as a huge fan of his work, I expected better. 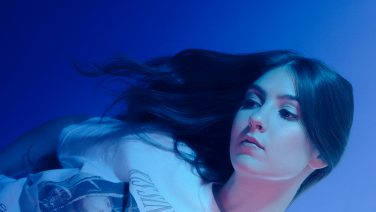 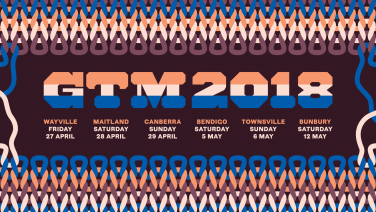 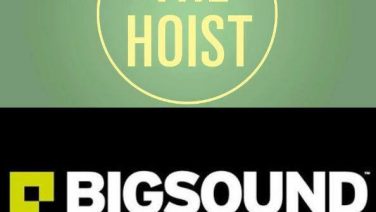