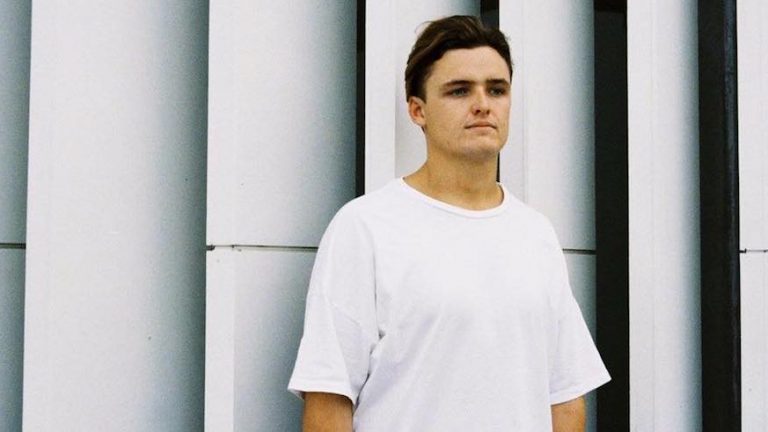 There was an undeniable buzz surrounding Willaris K.’s second Melbourne show. The 24-year-old producer from Northern New South Wales has sold out all of his shows across Australia, while also playing at Strawberry Fields, Splendour in The Grass and Coachella. There’s a reason so many, including myself, are naming him “The future of Australian electronica” and BBC Radio 1’s Pete Tong identified him as “the next big thing to watch from Australia”.

A packed crowd gathered at the Northcote Social Club and from the get-go, Willaris K. brought an energy onto the stage that was quickly reciprocated by the crowd. You would be forgiven for thinking that it was his first show of the tour, not his last.

The crew behind his light show – Colourblind Lights Australia – put on a visual masterpiece that worked hand-in-hand with the music. It was like watching ‘Blade Runner 2049’ at Imax, drawing on deep blues and purples contrasted with warm reds and oranges. The strobe light seemed to stay on for longer than it was off and they may need to issue a seizure caveat before his next next show.

His latest single ‘Risen’ came in after an extended sci-fi sounding intro. The seven-and-a-half-minute slow burner had a deep bass that certainly woke up the crowd, if not the surrounding neighbourhood. On top of the thumping bass were mechanical synths that sounded crystal clear.

Much like Kanye West teasing his audiences with the famous first note of ‘Runaway’, Willaris K. hit the note for ‘Alchemy’ and let the crowd beg for the rest. ‘Alchemy’ was the genesis for Willaris K.’s career and it received the biggest response from the audience. The piano is juxtaposed with distorted synths and panning whistles. It was the first song of his set where he took a break at the end – not to see if the crowd would ask for an encore, but to soak up the warm applause that was being thrown his way.

The night wrapped up with another fan-favourite ‘Dour Nights’, again upping the energy with an explosion of strobe lights. The crowd was fuelling on adrenaline after the hour and a half long set, yet the exciting build-ups and unconventional drops of Dour Nights made jumping around innate.

Willaris K.’s EP Alchemy drops on June 8 and he is also set to kick off another national tour in Spring.