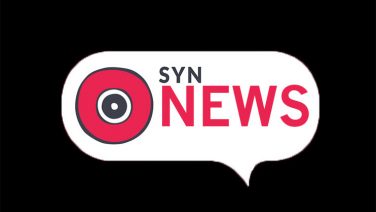 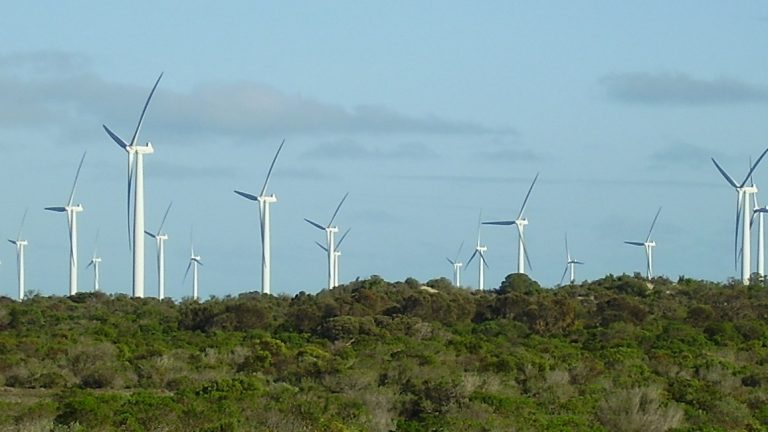 Renewable energy has come into the spotlight, drawing criticism from the Federal Government after a severe heatwave again caused blackouts across South Australia last month.

Despite political backlash on the renewables sector, experts say South Australia can function reliably while moving to 100 per cent renewable energy – a transition to take place over the next 15 to 20 years. 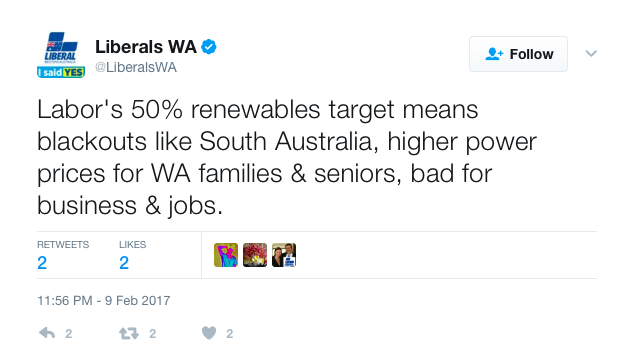 Dr Mark Diesendorf, Associate Professor of Interdisciplinary Environmental Studies at the University of New South Wales, says South Australia must introduce processes to balance the variability of electricity supply from wind and solar power in order to avoid future blackouts.

“Balancing the variability is the main challenge,” he says. “This can be done by putting some sort of storage into the system or introducing renewable energy technologies which are less variable and more flexible and reliable.”

Wind power supplies 40 per cent of all energy in South Australia.

Tony Wood, Energy Program Director at the Grattan Institute, says the blackouts in South Australia have exposed “looming”problems for the entire country.

“South Australia is at the forefront of this transition to renewables,” he says. “There is a disconnection between climate change policy and the energy market that needs to be addressed.”

Why has South Australia experienced blackouts? 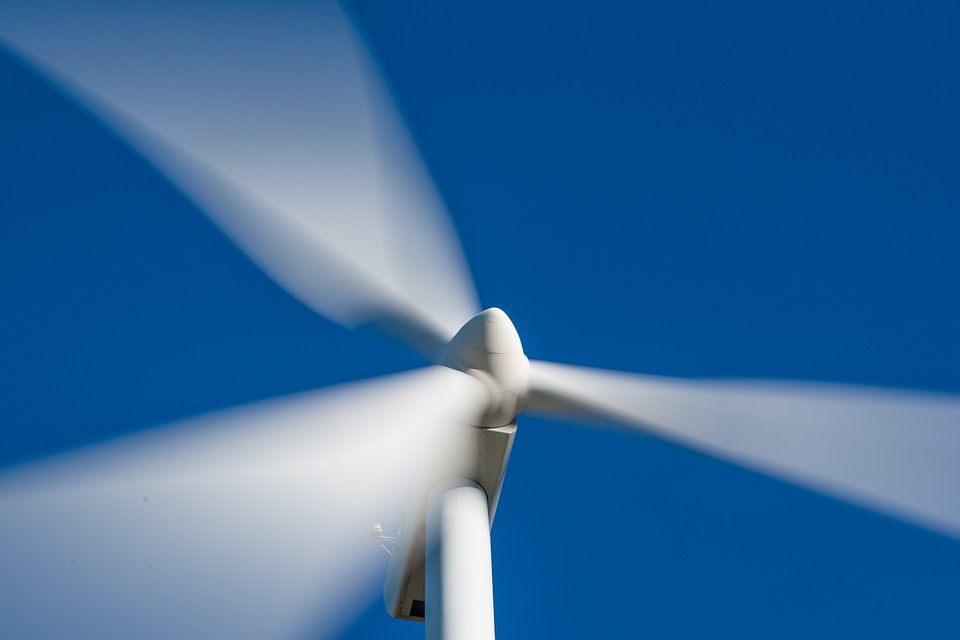 Storms knocked over 23 transmission towers and maintenance work on the transmission network from Victoria cut supply.

Dr Diesendorf says there would have been a major blackout regardless of the use of renewable energy sources.

“There would have been a major blackout even if there had been no wind farms in the grid,” he says.

Last month saw a heatwave hit South Australia and blackouts across the state.

Gas fired power stations were not all operating at the time.

Dr Diesendorf says at least one gas fire power station broke down and one was too slow to start up in time.

“The sad thing is the Federal Government has been using these blackouts to blame wind when actually, we could progress South Australia to 100 per cent renewable energy given the right policies,” he says.

Power was cut off in different parts of the state in a process called load shedding.The Australian Energy Market Operator tells power companies to switch off customers power supply when the power system is at risk.

There is no choice but to cut off customers when supply is not meeting demand. The entire system can fail if they do not.

System failure caused a total system shutdown and the state-wide blackout in September last year while load shedding caused blackouts during a heat-wave in early February.

Supply of electricity in a state run by 40 per cent wind power can be an issue when demand is high and the wind isn’t blowing. 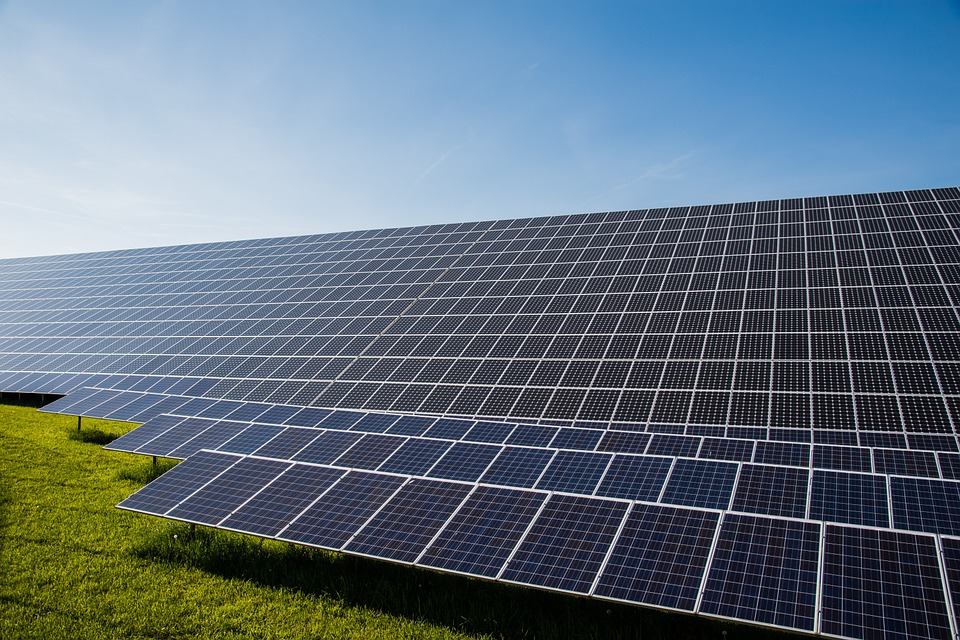 Dr Diesendorf says there a range of options to ensure reliable electricity supply in South Australia.

“We could progress South Australia to 100 per cent renewable energy given the right policies and strategies to balance the variable renewables in the grid,” he says.

Gas turbines: mass-produced jet engines with low capital cost and low fuel cost. They can be operated during peak demand periods when wind generation is low and be fuelled by renewable gases and liquids. Dr Diesendorf says gas turbines are an immediate option to ensure electricity reliability, but the South Australia government must gain control over when they operate, or privately owned systems may not switch on when required. “They would be very useful to come on during the year when demand is high and occasionally wind generation is low,” he says.

Concentrated solar thermal power station: with thermal storage in molten salt. Dr Diesendorf says thermal storage is a flexible and reliable system. “It’s a little bit expensive, so you would start by building one and as the price comes down more can be built,” he says.

Seawater pumps hydro: Involves using excess wind and solar power when the demand for electricity is low to pump sea water up into the coastal hills and into small reservoirs. Dr Diesendorf says at peak periods the water can be allowed to fall down through turbines to generate electricity to meet high demand.

Modify demand: Dr Diesendorf says it is now possible with modern technologies to modify demand of electricity when necessary. “Electricity customers could sign contracts with electricity suppliers that some of their circuits could be offloaded for short periods,” he says. “For example, they could switch off their refrigerator or air conditioning for half and hour. That can be rolled across the whole community at different times to cut demand. The customer could benefit if they choose to sign that contract by having reduced fixed charges for electricity.”

Dr Diesendorf says strategic planning is required to introduce these solutions without simply relying on the market.

“The market is really failing in the case of electricity supply,” he says.

“A hundred per cent renewable energy is not only possible for South Australia, but the whole interconnected system that we call the national electricity market.

“But the market will not drive it. It requires appropriate policies and careful planning to drive.”

A graph showing how electricity is generated from different fuel types. Source: http://www.statedevelopment.sa.gov.au

Tony Wood, Energy Program Director at the Grattan Institute, says there is justification for considerable criticism of the electricity system in South Australia, but it is unfair to lay the blame solely on renewable energy or the energy market.

“The problem that we are confronting is how to integrate the two to achieve the level of renewable energy that we would like to see to address climate change,” he says.

“But at the same time we need to continue to have reliable and secure electricity through the market.”

Mr Wood says it is the integration of renewable energy and the energy market where South Australia’s electricity problems lie.

“The blackout last September in South Australia was triggered by a strong storm, but the way in which the market operator dealt with that storm was not very good,” he says.

“In the same way during the partial blackouts since then due to hot weather the wind dropped away faster than the market operator anticipated, demand grew much faster and in that case, the operator again didn’t do a very good job of managing the whole system.

“What has emerged over those events is a realisation that we try to manage our system with a set of rules and policies designed for a system we had a very long time ago.

Mr Wood says there is a disconnection between climate change policy and energy markets that needs to be addressed.

“We have never been able to put in place a stable and credible policy on renewable energy,” he says.

“If you put a price on carbon through an emission trading scheme it increases the direct cost of producing electricity from fossil fuels that produces greenhouse gas emissions. Therefore it improves the relative competitiveness of renewable energy such as wind and solar.

“That is exactly what you would like to see so the market then can absorb wind and solar efficiently.

“The renewable energy target has forced more and more wind and solar into the system without any consideration being taken for the way the market would work.”

Moving forward in a market of increased renewable energy sources 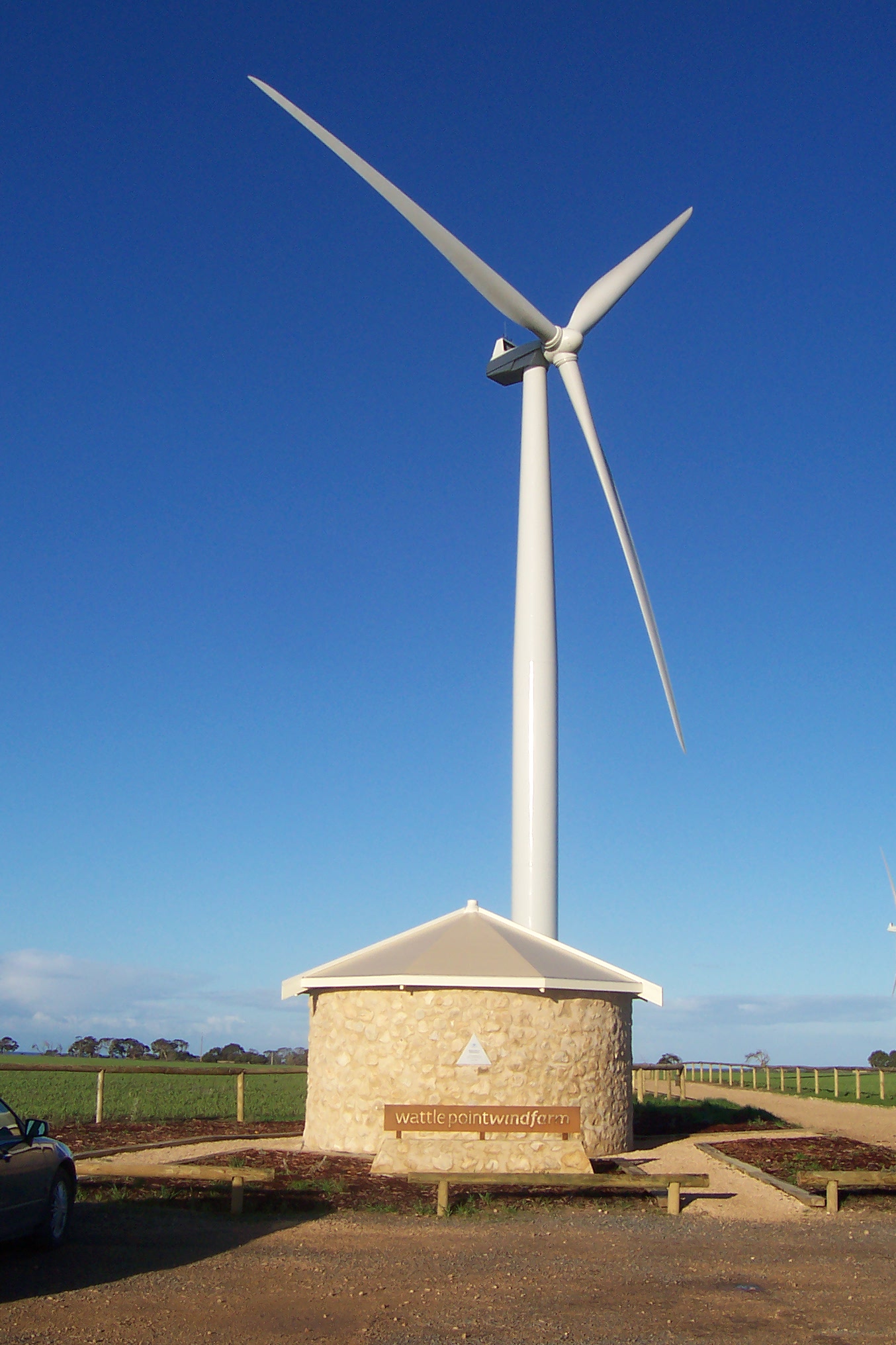 Tony Wood has a vision for the way forward in a country transitioning to renewable energy. 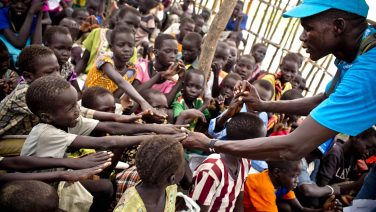 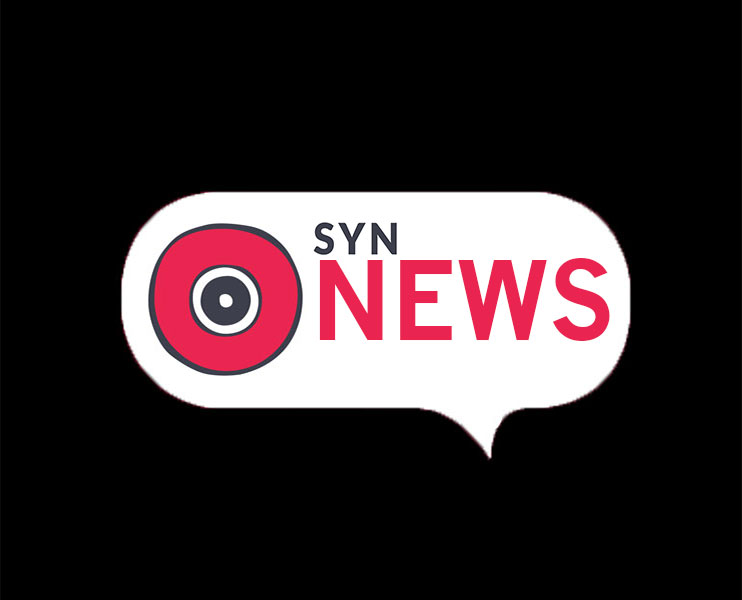 By Rochelle Kirkham United Nations agencies declared famine in parts of South Sudan this week. Over 100,000 people are facing starvation and […] 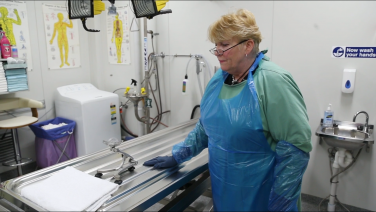 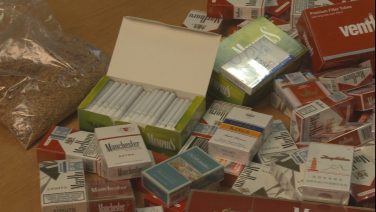 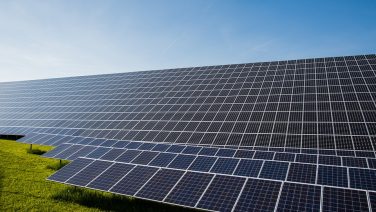 Australians can have zero-emission electricity, without blowing the bill