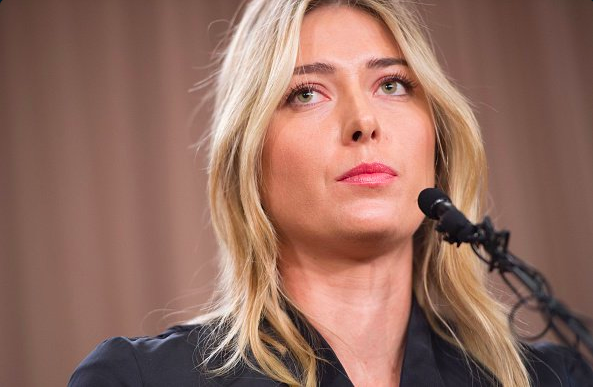 Maria Sharapova filed an appeal of her two-year doping ban to the Court of Arbritation for Sport (Cas) on Wednesday.

The five-time Grand Slam champion was suspended from competition for two years by the International Tennis Federation (ITF) last week, after she tested positive for banned substance meldonium at the Australian Open in January.

Sharapova escaped the maximum penalty of four years but she still labelled the two-year sentence as “unfair”. In her appeal, she asked for this sentence to be “eliminated” or reduced.

The former World No. 1 has continuously maintained her innocence, stating she had taken meldonium – which she knew by the name mildronate – legally (before it was made illegal on January 1, 2016) for up to ten years, as prescribed by her family doctor to treat a magnesium deficiency, heart problems and also because of a family history of diabetes.

“Meldonium is a drug that is only available in a restricted number of countries, such as Latvia, Lithuania and Russia and it’s used for various medical purposes, none of which have really be proven,” Dr Peter Brukner, Professor of Sports Medicine at La Trobe University and currently working with the Australian cricket team told Panorama on SYN 90.7 FM last week.

He added: “It’s been widely used by athletes to improve performance and this came to the attention of the authorities.

“They monitored the use of meldonium over 2015 and realised that there were a significant number of athletes around the world in various sports using this substance.

“As a result they decided that it should be added to the prohibited list.”

However, Sharapova was not aware it had been added to WADA’s banned substance list in January this year. She emphasised her actions were unintentional, and outlined her intent to appeal “the unfair” punishment in a statement via Facebook.

“The ITF spent tremendous amounts of time and resources trying to prove I intentionally violated the anti-doping rules and the tribunal concluded I did not,” Sharapova wrote.

“You need to know that the ITF asked the tribunal to suspend me for four years – the required suspension for an intentional violation and the tribunal rejected the ITF’s position.”

She added: “I cannot accept an unfairly harsh two-year suspension.”

The ITF tribunal agreed with Sharapova, citing that her actions were unintentional, but handed down the “period of ineligibility of two years” because the 29-year-old had nonetheless still taken a substance listed on the 2016 WADA Prohibited List.

You can read the full tribunal report here: http://www.itftennis.com/news/231175.aspx

“Certainly she or her team should have been on top of it,” Dr Brukner said.

“There were a number of factors in this case that reflected badly on Sharapova. Firstly she failed to declare the use of this drug. Secondly none of her immediate sport staff, her physio, or her nutritionist, or her trainer or her coach knew that she was taking this drug. It was only her manager who knew.

“The third thing that went against her in the tribunal was the fact that she only took it on game days, so it was clearly for performance reasons rather than for medical reasons.”

Dr Brukner also said, based on the current WADA regulations, he doubted whether Sharapova’s appeal will help to reduce or eliminate her two-year sentence.

“I doubt given those circumstances that they will reduce her sentence at all,” Dr Brukner said.

“I think as the rules stand that’s probably pretty right (two year suspension). Tennis has always been a little bit lax on their drug issues but this really brings them to line with the rest of world sport and the wider recommendation.”

However, a statement from Sharapova lawyer argues Sharapova was handed an “unfairly harsh suspension because she is such a famous athlete and they wanted to make an example out of her”.

Other tennis players, such as Andy Murray have said Sharapova has no excuse.

“If you’re taking medication, there is absolutely no reason why you shouldn’t know whether it’s on the banned list or not,” Murray told the media after his second round victory at Queen’s.

17-time Grand Slam champion Roger Federer also spoke about Sharapova’s case: “Of course she’s got the right to fight the case, like everybody else as well. I’m just for zero tolerance,” he said last week.

Panorama also spoke to Deborah Healey, Associate Professor at U-N-S-W Law School in Sydney and editor of new book Doping in Sport and Law, due for release in July.

Healy said: “The tribunal found she didn’t intentionally break the rules but she did take it (meldonium) for the purpose of enhancing her performance, so she was given two years.

“The WADA code itself that these matters are tested under is highly complex.

“After January this year the period of ineligibility for very many substances is four years but if you can show that your taking of the drug was not intentional within the meaning of one of the provisions, you get two years.

“If you can show that you had no significant negligence in taking the drug, you get one year and where there is no fault you may get no penalty.

“There’s a whole range of penalties and the reductions are really quite hard to argue.

“WADA tries to educate you as to what’s on the list and what you can and can’t do.

“Players will always say that it wasn’t their fault and often there will be someone who’s prepared to take the fall for them but in many cases it is their fault.”

Sharapova will know the result of her appeal within the next month, as the Court of Arbritation for Sport (Cas) said it would rule on her case by 18 July.