Meet the child cast of School of Rock 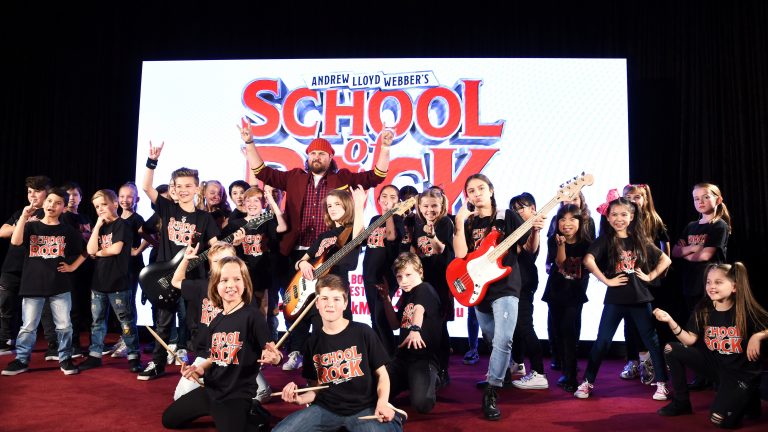 A group of 36 young kids have been cast in the upcoming production of School of Rock.

The wannabe rock stars will take the stage alongside actor Brent Hill, who has been cast as Dewey Finn, when the musical opens in Melbourne in October.

The cast was announced on Friday at a media event at Her Majesty’s Theatre.

The group of youngsters, aged nine to 13 years, were selected following a gruelling nationwide search.

36 children from around the country will star in the hit Broadway musical “School of Rock”, which is making its debut in                   Melbourne later this year. @Jacquifelgate #7News pic.twitter.com/YiWZKvobSf

“After an exhilarating auditions process reviewing over one thousand submissions from children all over Australia, we are thrilled to have discovered a sensational line-up of 36 guitar shredding, drum thumping, bass slapping and keyboard playing prodigies,” producers said.

“We were blown away by the talent displayed, which has taken the standard musical theatre adage of triple threat (singer, dancer, actors) to ‘quadruple threats’ – singer, dancers, actor, musicians.”

Andrew Lloyd-Webber, who has written 14 new songs for the musical, rates the Australian cast as one of the best.

“I’ve just seen all of the audition tapes for School of Rock in Australia and I know we’ve got a really great cast. We’ve got great kids in a show that is all about how music can empower children,” he said.

Let’s. Rock. Let’s. Rock. Today! Super amped to bring the rock salute back to Melbs for @SchoolOfRockINT as Dewey Finn in October. Sporting my actual high school blazer in solidarity of going back to class – still fits! #SchoolofRockOz pic.twitter.com/CkU6x1HK9K

School of Rock is based on the famous Jack Black comedy, in which a wannabe rock star poses as a substitute teacher to turn a class of straight-A students into a hit rock band.

After playing on Broadway and in The West End, the smash-hit musical comes to Melbourne in October.