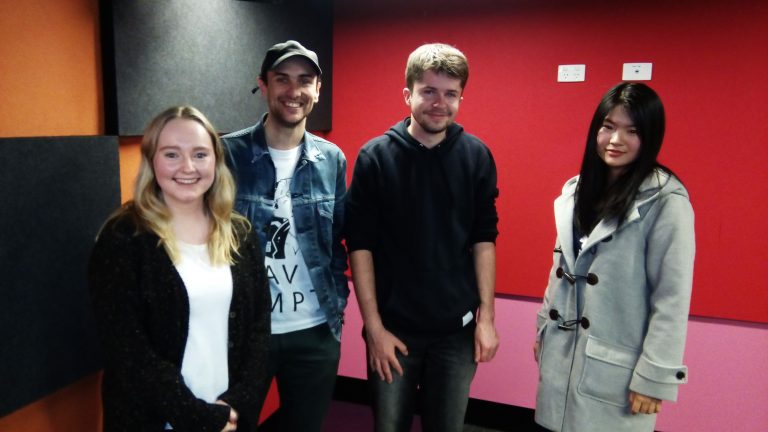 Pictured Above: Interviewees Alice and Sean with Art Smitten co-hosts Charlie and Aurora

Created and developed by students at RMIT University, the inaugural Melbourne International Youth Film Festival, or MIYFF, aims to showcase short films from artists aged 25 and under.

Art Smitten co-hosts Charlie, Aurora and Tom spoke with two of the festival’s organisers, Alice Fairweather and Sean Roberts, to glean some insight on how films were selected for the event, and their advice for other budding film-makers.