MIAF: What Girls Are Made Of 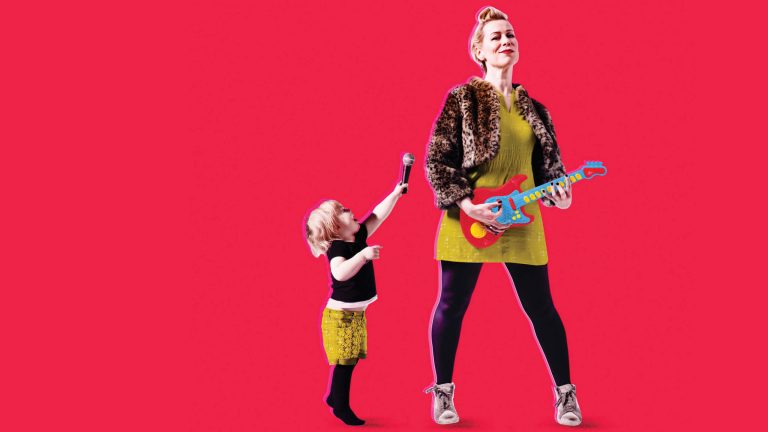 What Girls Are Made Of reflects on the youthful memories of Cora Bissett, the former indie rock wannabe, in a beautiful nostalgic rollercoaster. In a monologue, concert-esque fashion Cora relinquishes her early years through being the lead singer for Darlingheart, an early 90s Scottish band that toured with Blur and Radiohead.

The music works beautifully within the show, the music acts as an underscore, integrated into the storytelling that perfectly sets the tone and setting of the stories. Each of the stories narrated by Cora were supported by Emma Smith, Harry Ward and Simon Donaldson who plays her characters like her parents, her horrendous manager, and her bandmates. It was amazing hearing the soothing voice of Cora describing the clothing and mannerisms of an eccentric photographer and having that represented on stage with physicality. There is a lack of performances that are done by professional companies and for big festivals that have a modest setup which was something that was positive to see.

As the show is very self-reflexive it is an unusual piece for MIAF to curate, for many festival-goers, it was very different from other performances that were shown in other festivals. This personal performance piece, however, showed a lot of heart not just commenting on her five minutes of fame in the 90s Scottish Indie scene but also talking about her first child being born and her father’s mental deterioration. The fact that the performance was in the Spiegeltent created closeness between the audience and the stage.

What Girls Are Made Of is a beautifully crafted and personal performance that is one of the warmest shows to see for the festival. Humorous and nostalgic, whether you are craving 90s music or anecdotal monologues from the extremely talented Cora Bissett, this performance should be on your list.