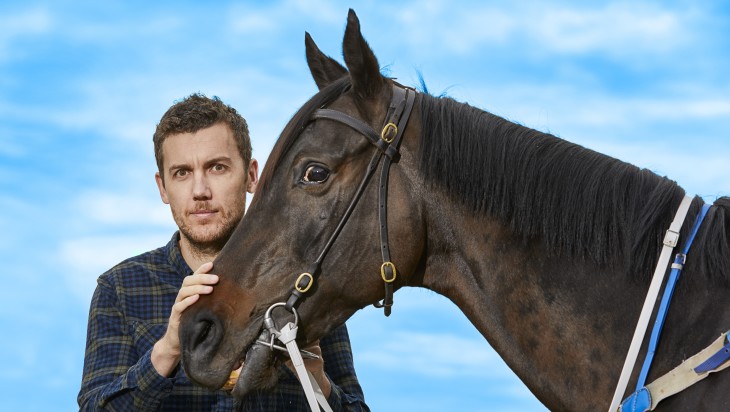 Among the 600 different shows (give or take) appearing as part of the 2019 Comedy Festival, there are dozens of lesser-known performers hoping to make an impact in smaller venues such as the Portico Room, a cramped, intimate space nestled within the Melbourne Town Hall. In said space, one can find Daniel Connell, a thirty-something comedian who hails from Batemans Bay.

Connell is not yet a household name, but he is no stranger to the Festival, with 2019 marking his eighth consecutive year as part of the official programme; additionally, he previously performed as part of the 2017 Gala, a role which he undertook again at this year’s event. Knowing this, one would assume that Connell would easily fill a small room, but alas, that was not the case on the evening attended by this reviewer, with several seats left vacant.

This fact is a real pity, because Connell is a performer worthy of a much larger audience. In his fast-flowing, hour-long set, many of those in attendance didn’t quite know what to make of the comedian, providing a muted response to his funnier jokes, and other times acting raucous long before Connell has even reached his punchline. With a bigger crowd, Connell would most certainly be getting the laughs he deserves.

As for his material, Connell delivered a tight set that touched upon his experience with a nervous flyer, his Dad’s love of bonfires, his elderly neighbour Harry, his misadventures with “Bruce” and how he copes with being in his thirties. Mundane though these topics may seem, Connell tells them so keenly and confidently that his anecdotes become enthralling to the listener, who in turn becomes disappointed once the show reaches its end.

Daniel Connell needs a stage much larger than the one offered by the Portico Room. With his fantastic quips, natural charisma and crowd-pleasing set, this comedian has primed himself for stardom, an accolade he ought to have earned by now. Be sure to follow his name in the years ahead.

Piece of Piss is playing in the Portico Room until April 21st. For more information, head to the official MICF website.